The Benefits of Flash LIDAR for Automated Driving

According to Frank Jourdan, president, Chassis & Safety Div., Continental Contitech AG (continental-corporation.com), the high-resolution 3D flash LIDAR (HFL) technology that the company is developing for deployment in automated driving systems in the 2020+ timeframe provides an array of benefits.
#Waymo #Continental 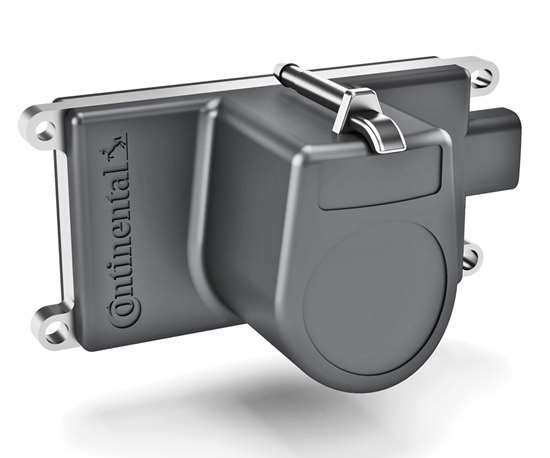 Solid-state 3D flash LIDAR system being developed by Continental for use in automated driving systems.

According to Frank Jourdan, president, Chassis & Safety Div., Continental Contitech AG (continental-corporation.com), the high-resolution 3D flash LIDAR (HFL) technology that the company is developing for deployment in automated driving systems in the 2020+ timeframe provides an array of benefits.

Jourdan says, “One significant advantage of the Hi-Res 3D Flash LIDAR sensor technology is that it provides both real-time machine vision as well as environmental mapping functions. This technology will help enable a significantly more detailed and accurate field of vision around the entire vehicle, independent of day or night time and robust in adverse weather conditions.”

To the last point, the adverse weather, he pointed out that it is superior to camera systems in rainy or snowy conditions, though he also said that the integration of HFL with cameras and radar provide a level of redundancies that is important to provide automated driving capabilities.

He went on to say, “The HFL technology allows instant, distortion-free and high reliable 3D mapping from very short range to very long range. Very similar to today’s 2D camera technology, it can be highly industrialized and is equally scalable by varying optics. The high integration level of transmitter and receiver elements allows for light weight and small form factors, ideal for automotive and other demanding applications.”

Because this is a solid-state device—meaning no moving parts—“HFL is not prone to motion blur and immune to shock and vibration.”

Jourdan didn’t say what the price point for the HFL will be.  A few days before Jourdan gave his briefing on the HFL system, Waymo CEO John Krafcik had stated that the LIDAR system they’ve been working on has dropped in cost by 90 percent from the $75,000 when they started working on it. When Jourdan was told of that number, which would be on the order of $7,500, he seemed somewhat surprised, paused, and said that the Conti system would come in at a price below that when it launches.—GSV