While there is nothing definitive, it seems that Cadillac’s head Johan de Nysschen is going to transform the lineup of sedans that the GM division has on offer, retaining the CT6 but replacing the ATS and CTS and doing something (eliminate?) the XTS.

And the timeframe seems to be fairly tight: 2019, perhaps. 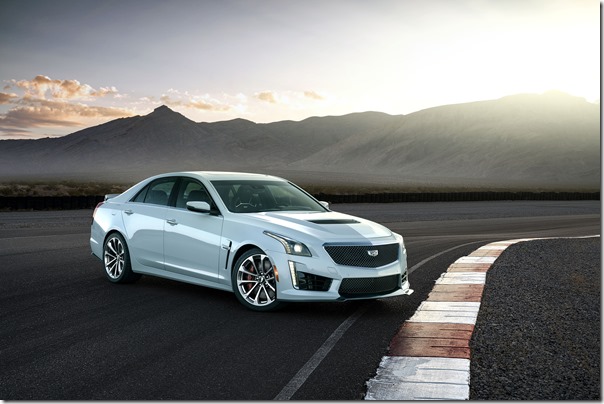 Which is why you ought to get to your local Cadillac dealer ASAP—or hop on Cadillac.com—to get one of the 115 2018 Cadillac CTS-V Glacier Metallic Edition vehicles that the company is building before they’re gone.

I don’t know what the smoky grey color signifies.

In addition to the special paint, they’re putting on lots of carbon fiber components, including the front splitter, hood vent, rear spoiler, and rear diffuser.

There are 19-inch forged alloy wheels, polished and with Midnight Silver painted pockets. (The red Brembo brake calipers look extra-striking in this setup.) 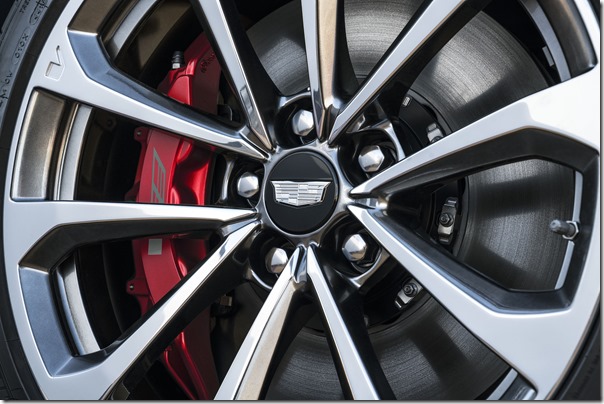 And the RWD car has the standard CTS-V 640-hp, 6.2-liter V8 that’s mated to an eight-speed automatic.

The point is, it is fairly likely that the CTS in and of itself is undoubtedly a limited edition, and it, even in the non V-Series raiment, a solid, well-engineered lux sedan. And while CTS-V does feature active fuel management such that cylinders are deactivated when not required, the company-estimated (not EPA-estimated) fuel economy is 14 mpg city/21 mpg highway, so one has to think that even if EPA regs are rolled back or otherwise modified, it is going to be tough to rationalize 640-hp engines (at least those that don’t get a lot of that performance from flat-out electrification), so that engine may be a limited edition, as well.

The CTS (and ATS) is built at the Lansing Grand River Assembly Plant in Michigan.