The Discrete Charm of the EV

Margot Robbie, in the 2015 film The Big Short, based on Michael Lewis’s 2010 book, is shown in a bubble bath.
#oem #Nissan #Renault

If Robbie isn’t going to make you pay attention, it is hard to imagine what will.

Perhaps this is the rationale that Nissan has come up with not related to financial instruments but electric vehicles. 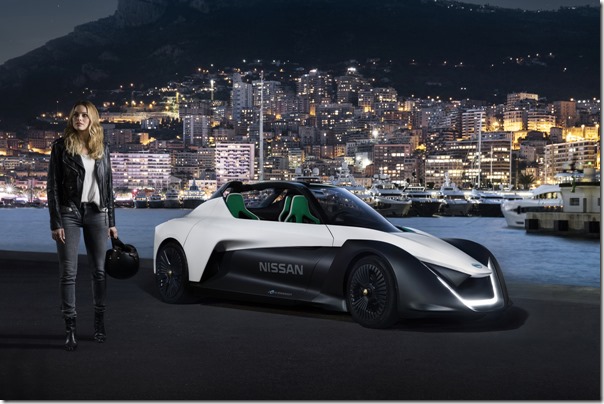 Rather than putting her in a bath, they put her in a Nissan BladeGlider, a racing concept EV that hits 62 in fewer than five seconds and has a top speed of 118 mph.

To make it a bit more exotic, she is running the Monaco Grand Prix circuit. At midnight.

Nissan is the world leader in electric vehicle sales. The Leaf went on sale globally in December 2010. The Nissan-Renault Alliance has on offer a range of vehicles including the Nissan e-NV200 and Renault models ZOE, Kangoo Z.E van, SM3 Z.E. sedan and Twizy.

It accounts for about half of the sales of electric vehicles.

That said, between December 2010 and September 2016, the grand total of electric vehicles sold by the company was on the order of just 350,000 vehicles.