McConaughey catches a few winks in the back of a Continental. (Images: Lincoln)

A quick comment about the brief return of the venerable nameplate: the Lincoln Continental returned in 2016 and production ends at the Flat Rock Assembly Plant at the end of this year. (The good news for the folks at Flat Rock is that they still have the Mustang.)

The comparative lack of importance of cars in the Lincoln portfolio can be readily discerned in the just-released sales numbers from the company for the first half of 2020.

While COVID-19 has had a marked effect on sales, a comparison of vehicle sales within a single brand shows what is—and isn’t—attractive to consumers.

For the first half Lincoln delivered 9,042 cars and 37,800 SUVs. Which means that cars are only about 24% of all of the sheet metal moved by the brand.

However, it should be noted (a slight defense of cars here) that there are two Lincoln sedans—the MKZ (also going out of production this year) and the Continental—and five SUVs—the Corsair/MKC, Nautilus/MKX, MKT, Aviator and Navigator.

That said, there is only one of the SUVs that both cars individually outsold, the MKT, the vehicle that has become primarily a limo (or even hearse). 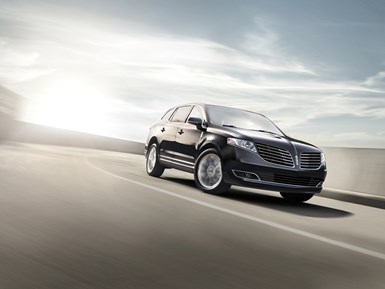 The Lincoln MKT never really gained traction with the public—unless they were being picked up at the airport before Uber became a phenomenon.

But to be fair to the MKT, know that it went out of production at the Oakville Assembly Plant in October 2019, so that 129 needs to be taken for what it really is. The inevitable clearance.

So if we take the MKT  out of consideration, the MKZ nearly—but not quite—outsold an SUV. There were 6,575 Navigators sold in the first half or 108 more vehicles than MKZs.

And the proverbial kicker is simply this: the margins that Ford* gets for that full-size SUV far exceeds anything that a midsize sedan could bring in for the company so even if there were 108 fewer Navigators sold than MKZs the folks at the Glass House would still be smiling.

The first rule of the auto industry is “Make money.”**

So no matter how good a car the Continental is, no matter how cool the suicide doors (of course, as they only made 80 of the vehicles with the “Coach doors,” that was a bit of a blip), unless it can abide by that rule for the company. . . .

*It is worth noting that the Ford brand is also going light on its car offerings. There is the Mustang, of which the company has sold 33,786 so far this year. There is the Fiesta, of which 3,157 have been sold, but a car of that size is really more of a play for Europe than U.S. markets, which like things of a bit more cubic feet. There were, Ford v Ferrari notwithstanding, just 97 GTs sold the first half of 2020. And there is the Fusion midsize, which had 61,421 deliveries in ’20, though its production is coming to an end, as well. In total, Ford brand sold 98,461 cars and 501,648 trucks for the first half which, again, shows why a company might be disinterested in cars. But the car-truck comparison probably isn’t as relevant as the car-SUV matchup. If Ford’s case it sold 303,248 SUVs during the first half—which goes a long way toward explaining why the electric Mustang is an SUV, not a car.

**Which leads to another consideration that must be taken into account: At the end of April Lincoln announced that it was no longer pursuing the electric vehicle (truck, SUV?) that it was developing with Rivian—a company that Ford has a $500-million investment in. As electric vehicles are notoriously unprofitable, it seems that there is more than a bit of prudence on behalf of Lincoln president Joy Falotico. . .whose previous job as chairman and CEO of the Ford Motor Credit Company, so clearly she’s a woman who knows more about money than others in the industry.