The Ford Flathead V8: The Key Role of Manufacturing

Not only did Henry Ford make automobiles accessible to everyone through the production of the Model T, but what isn’t as widely known is that he did the same thing for the V8 engine: He didn’t make the first V8, which had first appeared decades earlier, but in 1932, with the introduction of the Model 18 (better known as the “Ford V-8), which had a V8 under the hood, Ford created a more powerful engine (65 hp!) for the masses. 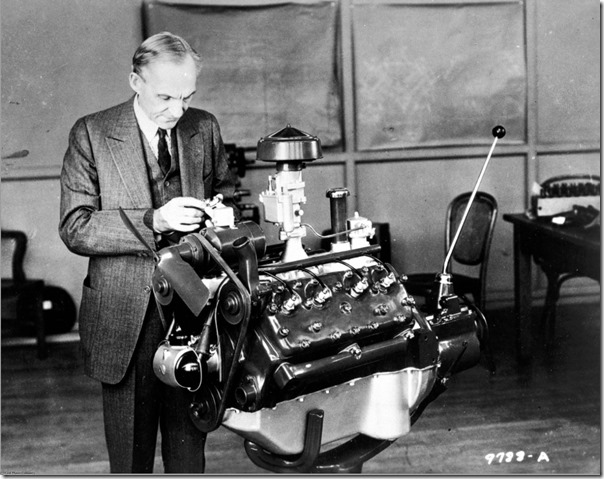 It is worth noting that manufacturing played a huge role in making what is generally referred to as the “Ford flathead” accessible. That is, whereas other engines of the era with eight cylinders had blocks that were assemblies (e.g., two straight fours attached so as to get to eight), the Ford flathead features a cast iron crankcase and cylinders that were produced in one piece. This allowed more efficient production. (You may have heard of the nickname for Charles Sorensen, who ran Ford’s production operations from 1925 to 1944, as “Cast Iron Charlie”: this casting development is where it came from, and it is interesting to note that when Sorensen, a Danish immigrant who started at Ford in 1904, came in as a pattern maker and foundryman.)

Other things that made the Ford flathead innovative include the cast steel crank, which was more cost-effective than forged steel cranks, which were the norm of the period. Also, the number of main bearings: three rather than five.

The Ford flathead V8 was installed in Ford cars and trucks for 21 years. And during that time there were a number of modifications made, such that by 1952 (the last year of production was 1953) the engine produced 125 hp.

The engine, because of (1) the fact that there were so many produced and (2) because of its simple design, became a favorite of hot rodders, which has given rise to a fascination with the Flathead Ford.

One of the people who have become fascinated with the engine is Craig Cole, who is a writer with AutoGuide.com. So on this edition of “Autoline After Hours” Cole is in the studio accompanied with a block, pistons, distributor, valve, and other components from the engine. Cole has a deep knowledge of the engine, both how it performs and why it matters.

Autoline’s John McElroy and I are also joined by Steve Purdy of Shunpiker Productions—“shunpiker”: as Purdy explains, that’s someone who drives while avoiding what were once known as “turnpikes,” undoubtedly the kind of people who might take a road trip in a 1938 Ford. Needless to say, Purdy is an automotive historian, as well. 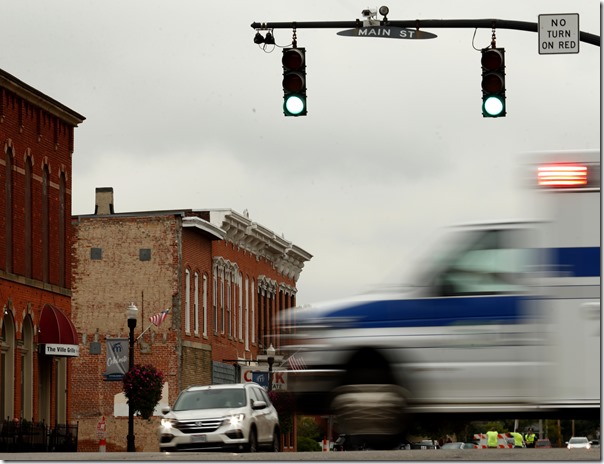 We are also joined by Autoline’s Sean McElroy, who talks about the “Smart Intersection” technology that Honda installed in downtown Marysville, Ohio, in partnership with the city. This technology uses four cameras mounted above the traffic signals at the intersection such that there is a 360-degree view, information that is then communicated to vehicles via dedicated short-range communications (DSRC) so that drivers can be alerted to hazards that they can’t otherwise see (e.g., something around a corner).

There’s all that and more, which you can see right here.