On October 20, General Motors announced that it was taking reservations for the GMC HUMMER EV, the Edition 1 version of the three-motor e4WD truck that produces 1,000 hp and 11,500 lb-ft of torque.

Was taking reservations because whoosh, within an hour it filled the order bank. 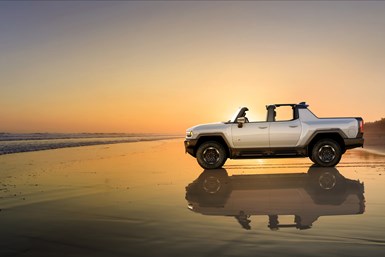 The sun is rising on the electric future. The GMC HUMMER EV. (Images: GM)

On the same day, GM announced that it is investing $2-billion at its Spring Hill, Tennessee, assembly plant in order to provide it with the capability to manufacture electric vehicles. This will include expansions to the paint and body shops; upgrades to the general assembly operations; new machines, controls and tooling.

The first electric vehicle that will be built at the plant is the Cadillac LYRIQ. (The facility will continue to produce internal combustion engine-powered vehicles, the Cadillac XT5 and XT6; the GMC Acadia is moving from Spring Hill to the Lansing Delta Township Plant in Michigan, which is receiving an investment of more than $100-million to accommodate it.) 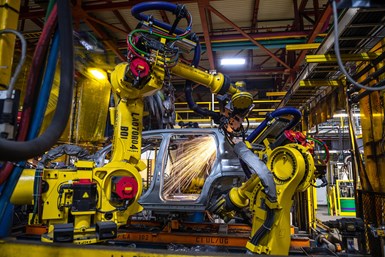 So two days later on “Autoline After Hours” it isn’t at all surprising to hear Paul Eichenberg of Paul Eichenberg Strategic Consulting say that the future—which is happening right this very moment—for the auto industry is electric.

But what is surprising to hear from Eichenberg is that many people in the industry that he talks with, particularly in the supplier industry, want to operate as though it is a business-as-usual circumstance today, as it has always been, and as it will always be. 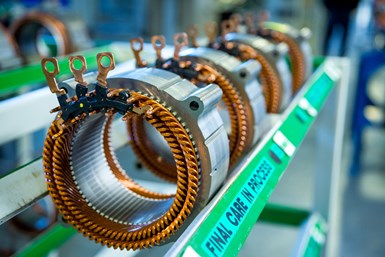 He points out, however, that those who are in the forging business are going to find that 90% of the components being produced today are going to go away and for castings the number is about 75%. And let’s not forget that there are the toolmaking and post-process machining involved, too, so those facilities that perform those operations are going to be looking for things to do.

Another issue that is somewhat concerning is that if you look at things like battery development and production, the companies that are in leading positions are based someplace that isn’t the United States—as in China (e.g., CATL), South Korea (e.g., LG) and Japan (e.g., Panasonic).

“But wait,” you say. “GM is building a massive battery plant in Lordstown, Ohio.”

Yes it is. With LG Chem.

“But what about Tesla?”

Well, it is working with Panasonic and CATL.

Evidently, there is a shift in where things are getting developed, which is not at all a good thing for U.S. manufacturing.

In addition to which, while other parts of the globe—the European Union, China—are creating regulations that are driving technological advances in the types of propulsion systems that are going to be required for vehicles, the U.S. is not mandating any changes that will help engender the growth of advancing powertrain systems (with the notable exception of California, which has announced it will ban the sale of new vehicles with internal combustion engines in 2035—and remember: ICEs are fundamentally castings).

On Autoline After Hours

Eichenberg talks about this and a whole lot more on this edition of “Autoline After Hours.” “Autoline’s” John McElroy and I are also joined by long-time industry observer and commentator Doron Levin of Seeking Alpha and SiriusXM.

Here’s another point to ponder from Eichenberg. Of all the vehicles sold in the world on an annual basis, only some 10% of them are developed and engineered in the U.S.—light trucks and large SUVs. Yes, these vehicles sell well in the U.S. and provide truckloads of margins for the OEMs so they are not to be taken lightly.

Watch this episode of “After Hours.”