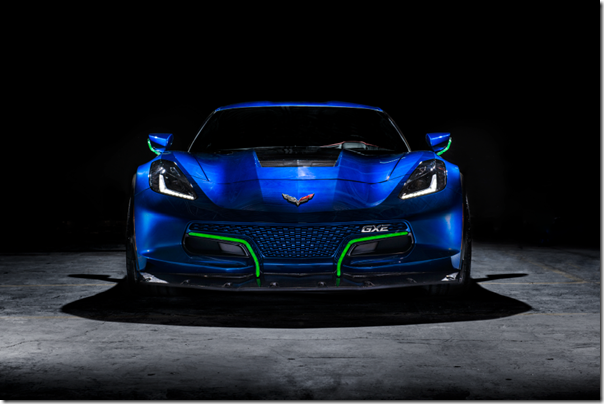 Of course, the Corvette Grand Sport is powered by just a 460-hp 6.2-liter V8 that propels the car from 0 to 60 in 3.6 seconds while the Genovation GXE, says Andrew Saul, CEO of the Rockville, Maryland-based company that’s behind the development of the car, has two AC electric motors that run through the Corvette’s seven-speed manual (yes, this is an electric car that uses a manual transmission (why: to use the mechanical advantage provided by the gear set)), which is a powertrain that has horsepower equivalency of 800 hp and does a sub-three-second 0 to 60 and has a top speed of in excess of 220 mph. 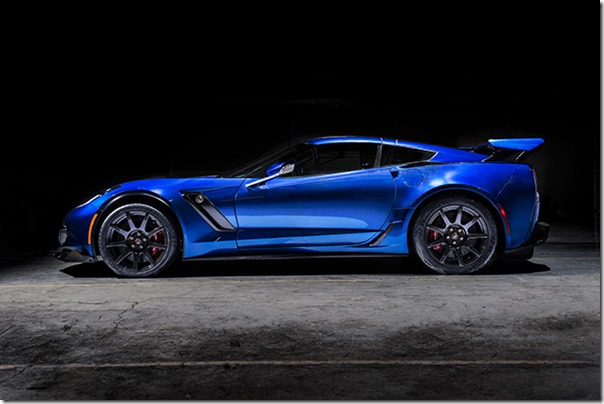 Saul explains on this edition of “Autoline After Hours” that the car starts as a standard Grand Sport and is then disassembled and reassembled with the new components and systems that transform the Corvette into a Genovation at Prefix Corp., a design and engineering firm based in Rochester Hills, Michigan (which, you’ve got to admit, is a more automotive-oriented location than Rockville, although Saul points out that there are a lot of high-tech facilities around Genovation HQ, and the GXE is as much an exercise in advanced technology as it is in automotive engineering). 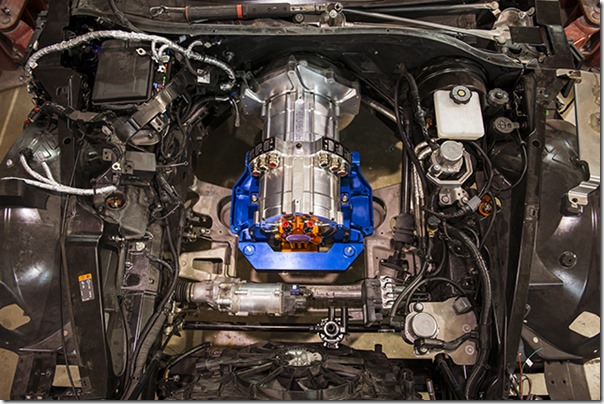 In addition to Prefix, the Genovation team is working with San Francisco-based Stafl Systems, a firm that’s dedicated to control systems for electric and electrified vehicles.

The vehicle is powered by 18650 batteries—5,700 of them—that are organized into five modules that are located from the front of the car to the rear, helping provide a low center of gravity and approximate 50-50 weight distribution for the rear-drive car. They provide 61 kWh of electricity to drive the vehicle, which has range, Saul says, of more than 175 miles. (Presumably, mileage will vary greatly depending on the pressure applied to the accelerator.) 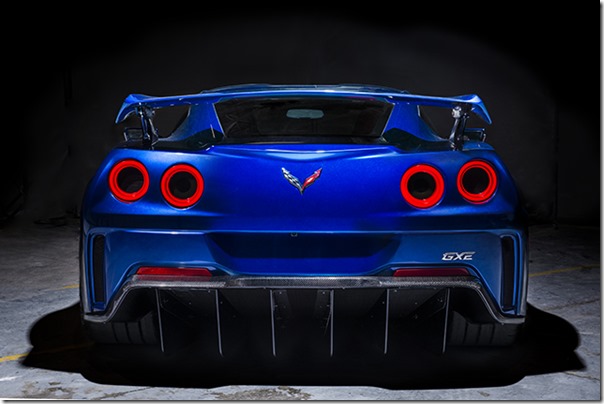 The GXE isn’t simply a Grand Sport with an electric motor. There are a variety of modifications made to the car, including the addition of more aero, carbon-fiber wheels from Carbon Revolution Wheels, a “window” on the hood to see the motors, and LED lighting that gives the car an appearance of something from the future. What’s more, there are extensive modifications made to the interior, with the execution being predicated on customer requests.

And should you be interested in becoming a customer, know that there will be a production run of just 75 Genovation GXEs, so you might want to go talk to someone at your local credit union post haste.

This edition of “After Hours” features my co-host, Autoline’s John McElroy, and Greg Migliore, editor-in-chief of Autoblog.

Then the three of us discuss a number of subjects, including that Millennials really do still buy cars, the potential automotive tariffs that could be imposed on vehicles imported into the U.S and their consequences on sales and jobs, whether people around the world have the same taste in cars, and lots more.