The Golf R: How to Transform a Family Car to a Ferocious One

A team of factory engineers have taken the cheerful Golf and created a variant that is big on performance for a comparatively small car.
#HP #Carbon #Volkswagen 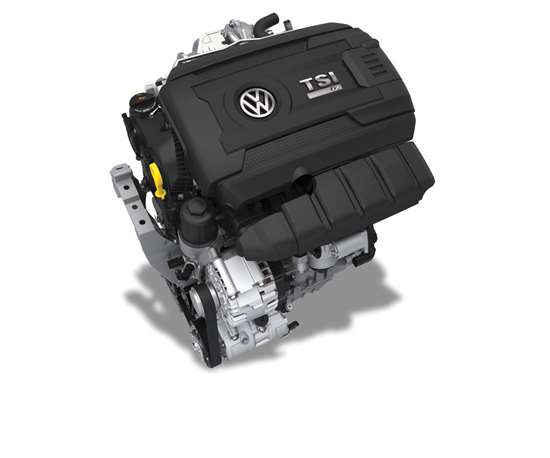 The EA888 four-cylinder engine familiar in many VW models was modified to provide the power necessary for the hottest of VW’s hatches. Changes took place in the head, pistons, turbocharger, and valves. The consequences are 292 hp and 280 lb-ft of torque.

Yes, there is even utility to the car, the primary purpose of which seems to be going fast: put the rear seats down and get 52.7-ft3 of cargo capacity.

The 2015 Golf R has exterior design modifications including a new front fascia, side skirts, special alloy wheels, and four exhaust pipes around back.

One of the bigger automotive mysteries is the Volkswagen Golf, a car than is now in its 7th generation.

The mysterious part about the vehicle is why it is so successful in markets that aren’t the U.S.

That said, the fortunes for the Golf in the U.S. may be turning, given that the Golf lineup in the U.S.—the mainline Golf, the Golf GTI, and the e-Golf (all electric)—was named Motor Trend Car of the Year last fall and named North American Car of the Year this past January.

Certainly this recognition can’t help but help the Golf.

But what may help even more is another Golf version, this one which is the proverbial halo car: the 2015 Golf R.  No, it is not going to be the shining light because its fuel efficiency is better than the car it replaces by 3 mpg (to 30 mpg highway), though some may take that as a good sign.

But it does have something to do with the EA888 engine that Volkswagen has managed to flex for various vehicle applications.  The version of turbocharged and direct-injected, four-cylinder 2.0 liter TSI engine is basically like the one used in the Golf GTI, but then the powertrain engineers went at it and made some significant modifications.  Whereas the last generation Golf R produces 256 hp and 243 lb-ft of torque, the 2015 model produces 292 hp @ 5,400 rpm and 280 lb-ft of torque at from 1,800 to 5,500 rpm.  That’s a horsepower increase of 36 hp and 37 lb-ft of additional torque, and in both cases, the numbers are delivered at 600 fewer rpms.

One contributor to this mass-to-space difference: the use of ultrahigh strength steels in the new Golf R: approximately 28% of the body compared with 6% in the previous model.

But what about the engine?  How did they achieve these numbers?

The powertrain engineers went at it as though it was a race engine.

So they modified or completely redesigned the cylinder head (including the exhaust valves, valve seats, and springs), the pistons, the high-pressure injection valves, and the turbocharger. The Golf R features a fully electronic coolant control system, which helps overall thermal management, particularly during warm-up, which is shorter than had previously been the case.  This helps reduce friction losses, which contributes to better fuel efficiency.  There is a dual injection system, which provides direct and port injection.

Another characteristic of the Golf R is that it has a permanent all-wheel-drive system, or 4MOTION in VW parlance.  The new system features a Haldex 5 coupling that is activated by an electrohydraulic oil pump when the system controller detects conditions for potential wheel spin (i.e., it is activated before wheel spin occurs).  Under light driving conditions, the car operates with the rear wheels decoupled from the drive system, thereby helping save fuel.  But when necessary, the oil pump increases pressure on the clutch plates responsible for the engagement/disengagement of the rear wheels, with the amount of pressure being proportional to the torque required at the rear axle, with 50% being the maximum that can be achieved.

While the Haldex coupling operates longitudinally (that is, directs power to the two axles), there are electronic differential locks on each axle so as to briefly brake a wheel that is slipping so there is stable drive power transversally along the axles.

There are two transmissions available for the Golf R, a six-speed, dual-clutch transmission (DSG) that provides paddle-shifting capability, and a six-speed manual (later availability).

The suspension setup (struts in the front; multilink in the rear) is driver-adjustable.  There is an active damping dynamic chassis control (DCC) system that allows the driving mode to be Comfort, Normal or Race.  The system adaptively controls damper valve settings based on inputs from wheel displacement sensors and accelerometers, as well as from the chassis CAN bus.

Also, there is a Driving Mode Selector that offers Normal, Individual and Race modes.  So, for example, when Race is selected, engine and transmission calibrations are adjusted, and the suspension settings are stiffened.

But there are also differences fore, side and aft.  For example, the front fascia has large intakes and a modified radiator grille.  (Yes, there is an “R” badge on the grille).  The headlamps are bi-xenon and the daytime running lamps (DRLs) and turn signals are LEDs.  The DRL LEDs form a U-shape beneath the headlamps.

There are body-color side skirts, black-painted door mirror caps, and there are R-specific 18- or 19-in. alloy wheels.  Around back there is a rear diffuser, and four chrome tailpipes.

Inside, it is an example of multi-materials at work, with leather being used for the seats and steering wheel, metallic trim (aluminum-alloy finish on the pedals; a stainless-steel like surface on the door sills), and polymers that are piano black or carbon-fiber-like in appearance.  Blue is the color signifying R on the inside, with the needles of the tach and speedo being blue, as well as the ambient internal lighting.

The Golf R is not a mass-market trim level by any means.  That’s what the basic Golf is for.  For the 2012-2013 Golf R, the company delivered 5,500 units in the U.S. market.  While Volkswagen is committed to fulfilling demand for the Golf R from its plant in Wolfsburg, it should be fully recognized that when it comes to halo cars, the numbers are always comparatively small, but that the potential that they offer to boost the sales of other models is enormous.  (E.g., someone comes in to buy a Golf R and sees that the starting MSRP is $36,595, so suddenly the GTI at $24,395 might look somewhat better, and the Golf Launch edition at $17,995 looks really attainable. . . .)

Be that as it may, the Golf R is an outstanding example of German performance engineering for the rest of us.