The High Costs of Nearly Nothing

On Friday, Volkswagen pled guilty of conspiracy, obstruction of justice and an import crime in U.S. federal court. This is based on the diesel emissions cheating the company did. For this the company will pay the feds $4.3-billion. Which is only part of what the company will be paying.

Which got me to thinking about Oliver Schmidt, who is presently sitting in jail outside of Detroit, having been arrested in Miami on January 7.

Schmidt, a German national, had worked for Volkswagen in Auburn Hills, Michigan, until moving back to HQ in March 2015. 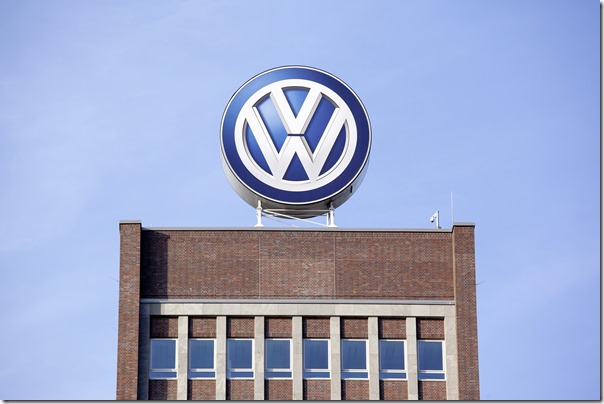 Now he’s waiting for trial on nearly a dozen charges related to the VW diesel scandal. The 2.0-liter and 3.0-liter engines that didn’t perform as advertised. Or as certified to. Which is the real problem.

No bail for Schmidt. (Let’s assume—and I don’t—that he’s a flight risk. Couldn’t the court simply take his passport? Anyone who has recently left the country—even to go to Canada from the U.S.—knows that border security is strict.) A hearing is scheduled for later this week.

Schmidt is often referred to as a “VW executive.” As in “one of six VW executives charged.” Which makes you think that he was some sort of mastermind behind the software that led to the pollutants that were being emitted by VW so-called “clean diesels.”

And if he was, then know that the other five aren’t in prison. They’re in Germany.

According to the U.S. Justice Department indictment, “From in or about 2012 in or about February 2015, defendant OLIVER SCHMIDT was the General Manager in charge of EEO [Engineering and Environmental Office], located in Auburn Hills, Michigan. From in or about March 2015 through in or about September 2015, SCHMIDT returned to VW AG headquarters in Wolfsburg, Germany, to work as a principal deputy of NEUSSER in NEUSSER’S capacity as head of Engine Development for all of VW AG.”

However, Dr. Neusser was an executive.

As the same filing for the grand jury charges has it:

That is an executive.

The engines in question were for various models for model years 2009 to 2016.

Schimidt has been charged with violations of the Clean Air Act, wire fraud, and various other cover-up related activities that could mathematically, if not likely, keep him behind bars for 149 years.

Schmidt has pleaded not guilty.

Did he know about what was going on? Maybe. He is a smart man. (I don’t know him well, but have talked with him, as in this edition of “Autoline After Hours,” which we shot just prior to his return to Germany: (http://www.autoline.tv/journal/?p=36059)

While “Dieselgate” has created a lot of hue and cry and has arguably made diesels for passenger cars even rarer than they have been, it is interesting to see an observation from Professor Arvind Thiruvengadam of West Virginia University, one of the researchers who discovered VW’s wrong-doing.

In an interview last fall with Motor Trend’s Mark Rechtin, Thiruvengadam said, “People should understand the idea of absolute magnitude, whether it’s 40 times or 25 times or 15 times, the actual magnitude is lost. Even if it exceeded the regulatory maximum by 40 times, it still is low levels of emissions. Because the standard itself is so low, 40 times is not a huge number. . . . What do these number really mean? If the standard is 0.0001 parts per million, then 40 times that is still virtually nothing.” (http://www.motortrend.com/news/dieselgate-investigator-speaks-out-on-volkswagen-emissions)

If Schmidt is guilty of anything, it is possibly covering up what others have done. He would have been better off doing nothing.

But here’s hoping that his role in all of this is kept in the proper perspective.