The Jaguar E-Pace and Magna

While “Jaguar” and “sports car” are almost synonymous, the people at Jag undoubtedly looked at the fortunes of their sister company, Land Rover, and recognized that the whole utility universe is expanding faster than Edwin Hubble thought the whole universe is.

Which led, last year, to the F-Pace, a compact luxury SUV.

Which has done exceedingly well in the U.S. market, as according to Autodata, Jaguar has sold 9,559 of them during the first six months of 2017. 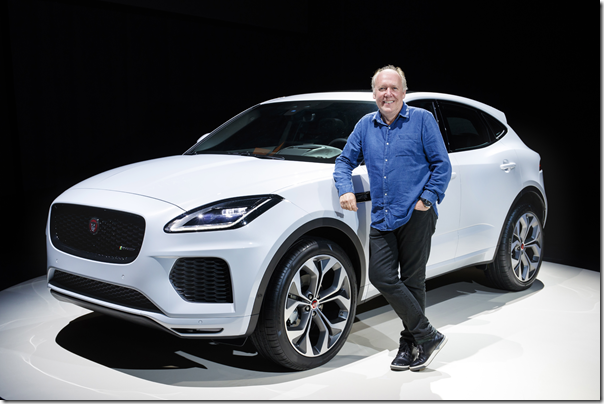 Given the F-Pace performance, Jaguar is now launching a smaller SUV, the E-Pace. Whereas the F-Pace is 186.3 inches long, the E-Pace is 173 inches. It is interesting to note that the vehicles are within 0.1 inch of each other in height, with the F at 65 and the E at 64.9 inches.

One of the things that’s interesting about what Jaguar is doing with what must be a comparatively quick program (who knew that small sport utes would be so popular?) is that whereas the company builds its vehicles in the UK—the F-Pace, for example, at a plant in Solihull and other vehicles in the Castle Bromwich Plant—the E-Pace is being built in Graz, Austria.

What’s more, the E-Pace production is going to be performed by the supplier company Magna, who owns the plant.

Magna Steyr has long been a contract manufacturer for a wide number of auto makers.

In addition to the E-Pace, Magna presently has contracts to produce the BMW 5 Series, BMW 530e plug-in hybrid, Mercedes-Benz G-Class, and the I-Pace, Jaguar’s forthcoming electric vehicle—a crossover, of course.