The Optimism of NIO

Even though things seem to be going south for NIO, the company is still going forward.
#NIO #oem

NIO, the China-based manufacturer of electric vehicles—the ES8, a 6- or 7-seat SUV, now, and the ES6, a five-seater starting production in June—is nothing if not optimistic (maybe “nothing if not optimistic” is the source of the acronym—because in reporting its Q1 results, it noted that its sales were down 54.6% from Q4 of 2018, vehicle margins were -7.2%, revenue was down 52.5%. . .you get it.

That said, the company plans to develop a third model using the ES8 and ES6 platform that is to be launched in 2020 and is undertaking the development of the ET series of sedans. 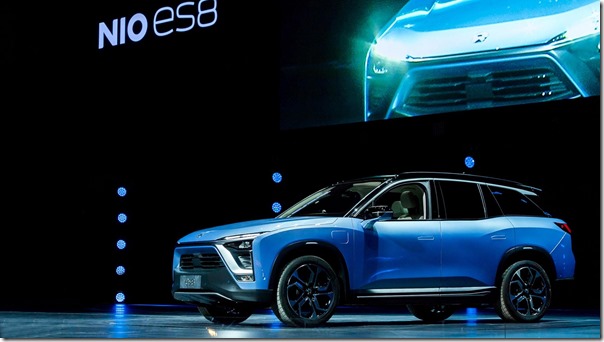 Louis T. Hsieh, NIO chief financial officer, said in the context of the Q1 report: “Looking ahead to the second quarter, we expect an even more challenging sales environment and anticipate overall sequential demand and deliveries to decrease, as competition continues to accelerate and the general automobile market in China remains muted.”