The Other Side: The Return of Motorsports (And Then Some)

Who doesn’t like to see racing in action? Who didn’t imagine flying cars as a kid? Put them together and. . .
#racing

While we’ve all been watching highly sophisticated video games on TV as the NASCAR and INDYCAR series have had to give up real cars on real tracks for the time being, at some point the smell of cooked rubber will be back along with the uncomfortable bleacher seats and overpriced beer. Something that we all can’t wait for.

And out of Adelaide, South Australia, there may be a new series to follow later this year, one that pits electric flying cars up against each other. 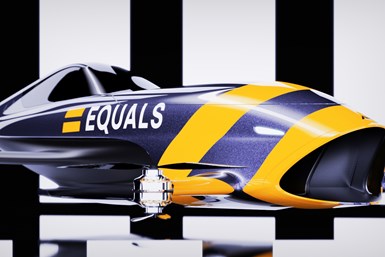 This is a flying race car. Electric. (Images: Alauda)

While you might think that this is an April Fools’ joke, that was last week. This is serious.

The vehicles are known as “Speeders.”

According to Alauda it is ready to test the Speeders in the desert outside of its HQ once the COVID-19 restrictions are lifted.

The series has secured capital from venture firms who are looking toward the eVTOL—as in electric vertical take off and landing—future that a number of companies are pursuing as alternatives to ground commuting.

The Airspeeders are “electric flying multicopters.”

The company has tested its MK2 vehicles in 2019 and they’re planning to test the MK3 Speeders in the Mojave desert. 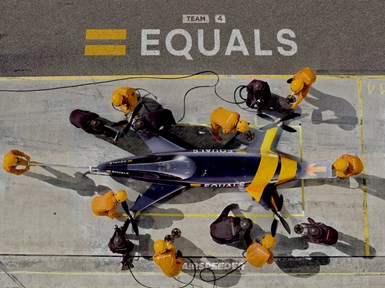 This is what a pitstop will look like for an Airspeeder.

The MK4 will be the competitive vehicle once the series literally gets off the ground. The vehicles will be equipped with lidar and cameras to help minimize collisions. Presumably Dale Earnhartdt’s “If you ain’t rubbin’ you ain’t racing” won’t work in this series.

There are four 32-inch propellers, each powered by a 24-kW motor. On-board batteries provide power for 15 minutes of racing and are designed for quick swaps during pitstops. The Airspeeder has a top speed of 200 kph and flies at an average height of 4 m.

Said Matthew Pearson, founder of both Alauda and Airspeeder, “Looking back to the development of both the car and aeroplane over a century ago, it was sporting competition that drove progress. We are delighted to work in close collaboration with global regulators and the wider eVTOL industry to bring closer a revolution in airborne mobility.”