The Sound of the Porsche Panamera

Although self-driving aids get the lion’s share of attention when it comes to advanced automotive technology, when you get right down to it, there are plenty of people for whom a high-end audio system would be more appealing than some sort of lane-keeping assist. 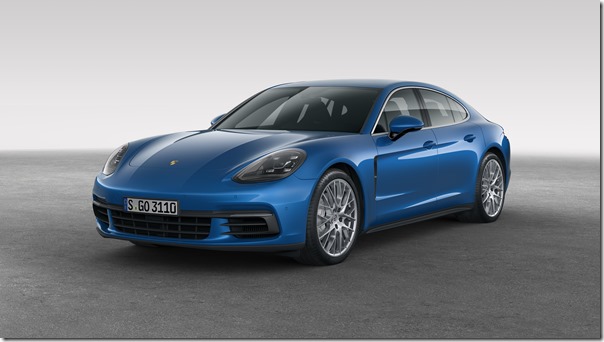 Case in point is Porsche, which is putting in a system from Burmester, a Berlin-based audio system company that hand-assembles its components.

This optional system, which has a total power output of 1,455 W and which includes 21 individually controlled loudspeakers, is called the “3D High-End Surround Sound System.”

The original Panamera also had a Burmester system. The company founder, Dieter Burmester, architected and fine-tuned that system. However, that 2009 offering has 16 speakers, not the 21 of the new system for the new Panamera.

A special algorithm was developed for the system by a team of audio engineers who worked with people from Galaxy Studios in Belgium. The algorithm is said to produce a concert-hall-like “3D musical impression.” 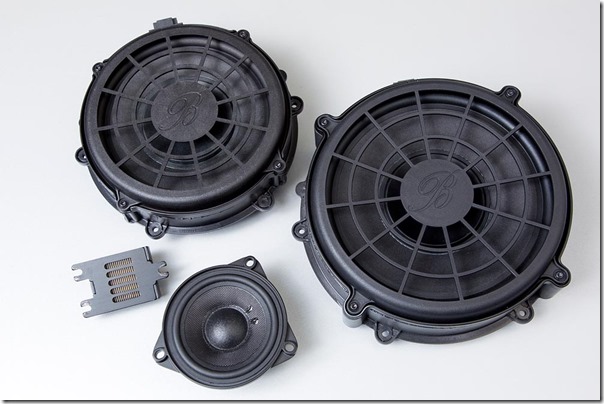 While Burmester systems are available in other German luxury vehicles, Porsche is the only OEM that uses the Burmester Air Motion Transformer (AMT). The AMT for the new Panamera is used for the front channels; its efficiency is improved by six decibels compared with the previous version. The AMT speaker feature folded sheets so that the oscillating mass is cut approximately in half compared with the previous speakers, yet the size of the piston area remains the same.

Because the components are in a car, not static in a room, it was necessary that they be both light and strong. So, for example, all of the drivers used in the sound system are equipped with lightweight, torsion-resistant aluminum die cast baskets. 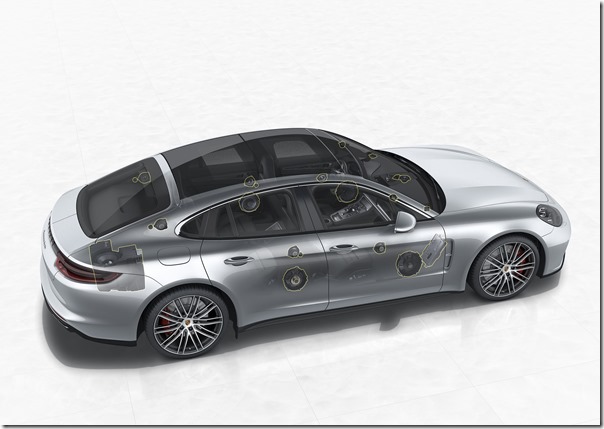 One of the things that performance cars generally are measured on is a power-to-weight ratio.

Perhaps not entirely unsurprisingly, that’s the way the Burmester system for the Panamera is measured, too: the sound system weighs 14.3 kg, so it has a power-to-weight ratio of 0.009 kg/W.