The Toyota Mirai and How Fuel Cells Work

Hydrogen is not only the first element on the Periodic Table (so it gets Atomic Number 1), but it is also the simplest—one proton and one electron—and it is also the most abundant element in the universe.
#tech #Ford #Toyota

Hydrogen is not only the first element on the Periodic Table (so it gets Atomic Number 1), but it is also the simplest—one proton and one electron—and it is also the most abundant element in the universe.

What’s more, it is a pretty significant fuel (vide: the Sun and all other stars).

Hydrogen is the stuff of plenty of science projects. 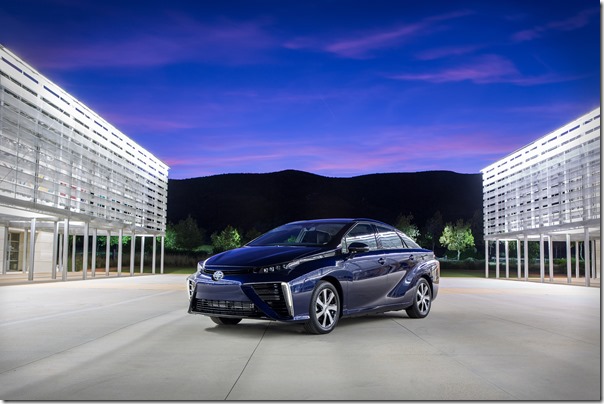 But it is also the fuel that is used to power the Toyota Mirai, and that’s a production car, built in the Motomachi Plant in Toyota City, and the Mirai, explains Jackie Birdsall, senior engineer at Toyota who worked on the vehicle, is not a science project.

It is a car that is available for sale (~$57K) or lease ($499/month). . .assuming that you live in one of three markets in California (Bay Area, LA or Sacramento) for the simple reason, Birdsall says, that they’re making the vehicles available where there is infrastructure, and “infrastructure” simply means “gas stations” (and in the case of refueling for the Mirai, the hydrogen is in gaseous form, not liquid like the gasoline that you pump into your car).

According to Birdsall, the plan isn’t to have the Mirai be a niche-market vehicle but, once there is greater hydrogen refueling capability, to be found throughout the U.S.—as well as other parts of the world. 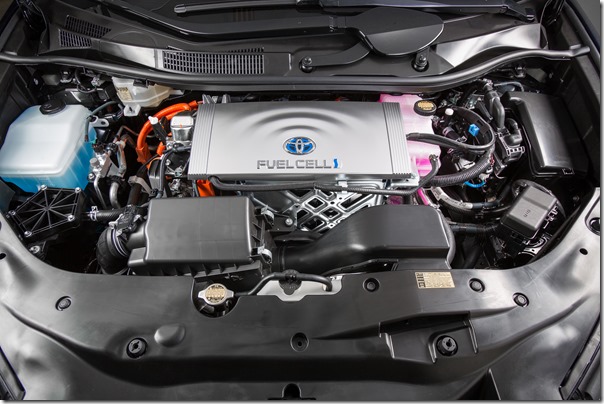 If you’ve ever wondered how a fuel-cell-powered vehicle works, then you want to watch this edition of “Autoline After Hours,” during which Birdsall explains the process by which the hydrogen atoms create the energy necessary to drive the 151-hp car (which is better said as 113 kW, because it is powered by an electric motor; there is no internal combustion engine on board) that has a top speed of 111 mph and a cruising range on the order of 312 miles.

And for those who know that it is exceedingly easy to become impatient while waiting for an electric car to charge, it is important to note that it takes just about five minutes to refuel a Mirai, and the process is fairly identical to that of pumping in unleaded. 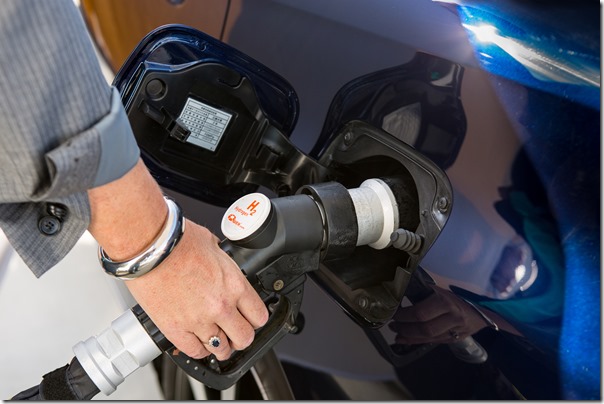 One interesting aspect of the Mirai’s powertrain is that the learnings that Toyota has gained over four generations of Prius vehicles is used for the Mirai: the Mirai has a Hybrid Synergy Drive, albeit one that is certainly different than Prius, plug-in or otherwise.

It is a fascinating and important discussion (along with John McElroy of “Autoline,” Mark Phelan of the Detroit Free Press and me) because of the necessary powertrain transformations that are going to be occurring the world over as the auto industry comes ever closer to 2025.

In addition to which, McElroy, Phelan and I discuss a variety of topics including whether Volkswagen execs deserve bonuses, Ford’s big commitment to transforming its footprint(s) in Dearborn, and much more.