Karma Automotive came into existence five years ago, when Chinese supplier Wanxiang Group purchased the assets of Fisker Automotive—the company that had been founded by designer Henrik Fisker to produce high-end hybrids. (And it is worth knowing, just for contextual purposes, that Wanxiang had purchased developer and manufacturer of electric batteries, A123, out of bankruptcy in 2013—Karma Automotive vehicles need batteries, so. . . .) 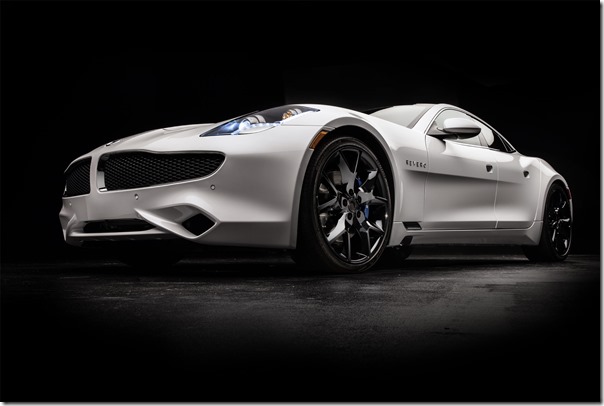 Speaking of the implications of this new powertrain test facility, Karma CEO Dr. Lance Zhou, said, “These new capabilities will help Karma speed up our product development process, lead to better performance and durability and protect the intellectual property that’s critical to our success.”

The same day that Karma announced that facility, there was a slightly different “Autoline After Hours,” and not just because there was a St. Patrick’s Day theme to the opening credits.

Rather, Autoline’s John McElroy and I were joined not by a couple of our journalist colleagues but by Charles Chesbrough, Senior Economist and Senior Director of Industry Insights, Cox Automotive (which you may be more familiar with via some of its companies, including Autotrader, Kelley Blue Book and Manheim), and Michael Robinet, executive director at IHS Markit Automotive Advisory, the global information and analysis firm.

The subject was the auto industry moving forward. Moving forward not at some point in the future, but right now.

And like the Karma Automotive announcement, what became clear through the conversation with Robinet and Chesbrough that the electrification of the powertrain is not something that is optional: it is happening and will continue to happen. As Robinet points out, the Chinese and the Europeans are committed to proliferating electric vehicles, and as OEMs and Tier One suppliers are global companies, even though there aren’t legislative or regulatory requirements to the same extent in the U.S. as there are in the EU and China, companies can’t afford not to pursue these developments.

Another point that arises is that there are what are “New Co.” and “Old Co.” companies, as existing companies are separating their businesses into those that, in effect, make electronics and those that produce stampings. “New” has greater resonance.

Remember: although there aren’t a whole lot of Karma products sold, it is just five years old. It is by its nature “New Co.” In addition to which, there are going to be an increasing number of companies appearing on the scene (e.g., Rivian) that are going to be presenting challenges to the existing car companies.

Then there is the issue of the change in U.S. sales going forward, which Chesbrough and Robinet agree are going to be moving downward.

The quote from Zhou begins with a reference to increasing the speed of product development: this is another driver of a change in the industry, with the cadence of what the traditional auto industry has become comfortable with being not nearly enough to keep pace with developments.

If you have any interest in the transformation of the industry, this is a show that you have to watch.