While it seems that fuel efficiency as related to the U.S. federal government is all about light duty vehicles, that’s far from being the case.
#Chevrolet #GeneralMotors #oem

While it seems that fuel efficiency as related to the U.S. federal government is all about light duty vehicles, that’s far from being the case.

According to the Union of Concerned Scientists (who care about things like fuel efficiency), the “U.S. military is the largest institutional consumer of oil in the world.”

Over 100-million barrels of oil per year.

All of this is not for vehicles (trucks, ships, tanks, etc.).

According to the U.S. Energy Information Administration, the energy used by the U.S. Department of Defense is of two types: installation energy, as in buildings or driving around when not engaged in fighting, and operational energy, which is that expended in military operations. And the EIA says that 70 percent of the energy used is of an operational nature. 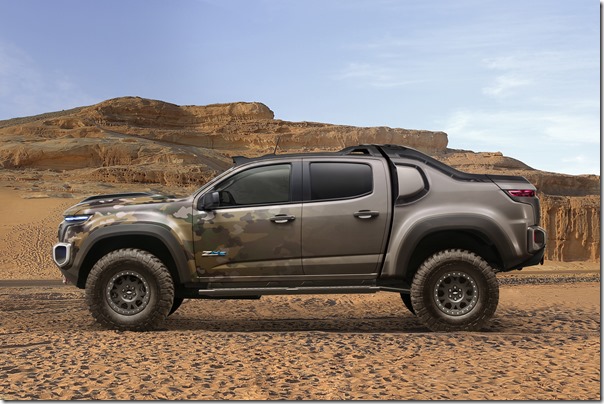 Which is to bring us to the point that the U.S. military is keenly interested in alternative energy. (Also take into account that a barrel of oil weighs 302 pounds so moving it around isn’t all that efficient.)

Earlier this week, at the meeting of the Association of the United States Army, General Motors and the U.S. Army Tank Automotive Research, Development and Engineering Center (TARDEC) revealed the Chevrolet Colorado ZH2, an off-road-capable, fuel-cell-powered vehicle. 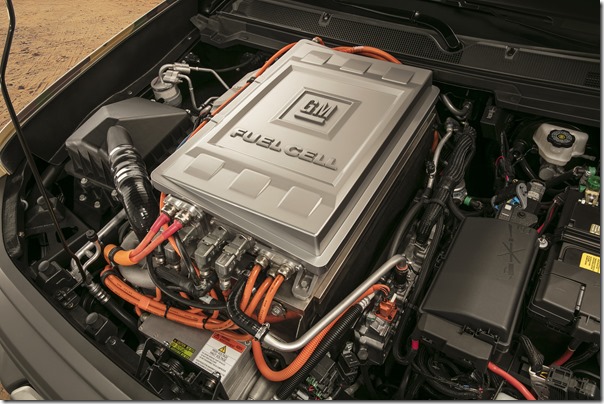 GM and TARDEC collaborated on the truck and developed it from a stretched midsize truck chassis in less than a year.

There are several other benefits to the vehicle beyond running on a fuel that isn’t petroleum based.

As it is electric, it is quiet, which is undoubtedly good when in battlefield areas.

What’s more, the heat signature is smaller than that of an internal combustion engine.

In addition to which, the exhaust is water, which is useful in desert terrain. 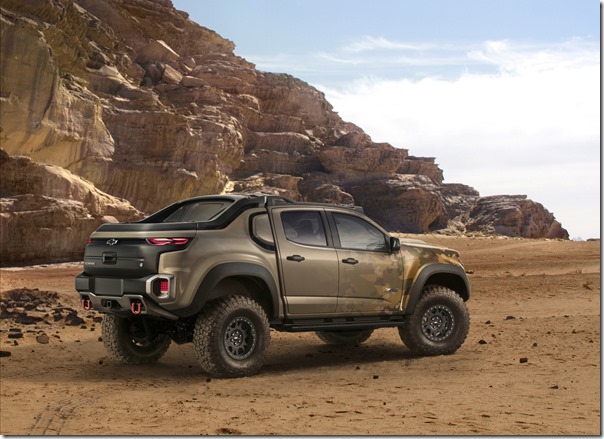 Another benefit of the Colorado ZH2 is that it has an Exportable Power Take-Off unit (EPTO). This allows electricity generated by the fuel cell to power activity away from the vehicle.

Although the Colorado ZH2 looks like a concept vehicle, the U.S. Army plans to run it through extreme field conditions next year.