Think of Uber and Volvo getting readier for prime time in the autonmous vehicle space.
#Volvo #engineer #oem

In 2017 Volvo and Uber announced that as part of a partnership agreement that the two companies had entered into, Volvo was going to supply “tens of thousands” of vehicles to Uber for the development of self-driving vehicles. 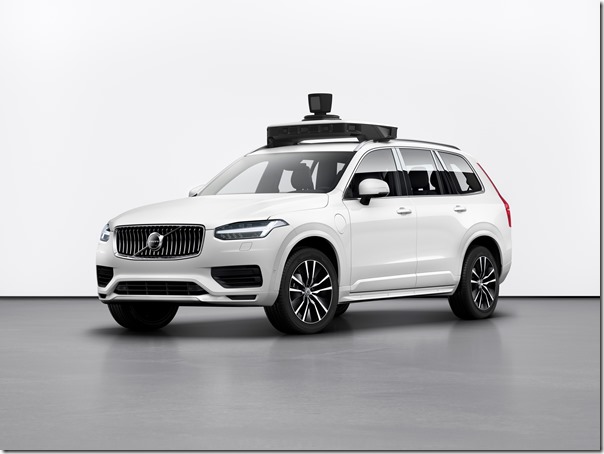 Today the XC90 that was specifically developed through this program was revealed, which is described as “the first production car that in combination with Uber’s self-driving system is capable of fully driving itself.”

While Uber has been using XC90s into which its sensors and processors and actuators have been integrated, this version is, in effect, autonomous-ready.

Volvo equips the vehicle with cameras and ultrasonic sensors that are embedded in the vehicle (e.g., ultrasonics along the sill and a camera in the front badge); Uber provides the equipment such as the multi-sensor unit that is fitted to the roof. Volvo has added backup systems for the steering, braking and 12-volt battery such that if there is a failure of the primary system, the secondary goes to work to bring the vehicle to a halt. Uber is providing its control software for self-driving capabilities. 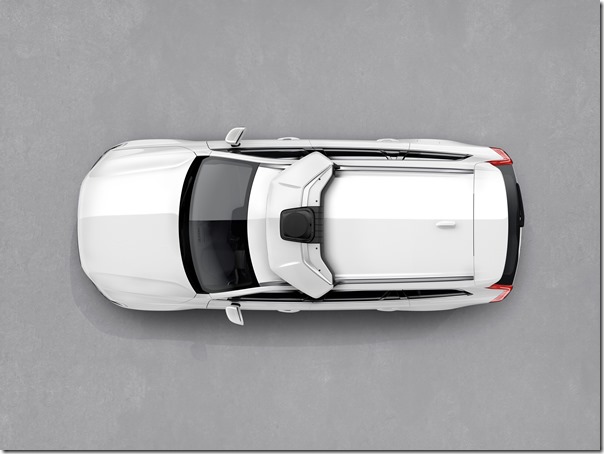 Volvo plans to use this approach to the development of autonomous vehicles based on its SPA2 vehicle architecture (which is used for the XC90) that it will offer in the early 2020s. These cars will “enable unsupervised autonomous drive in clearly designated areas such as highways and ring roads.”

During the announcement of this XC90 Eric Meyhofer, COE of Uber Advanced Technologies Group, said, “Volvo has long been known for their commitment to safety, which is the cornerstone of their newest production-ready self-driving base vehicle. When paired with our self-driving technology, this vehicle will be a key ingredient in Uber’s autonomous product suite.”

The companies seem nothing if not optimistic. 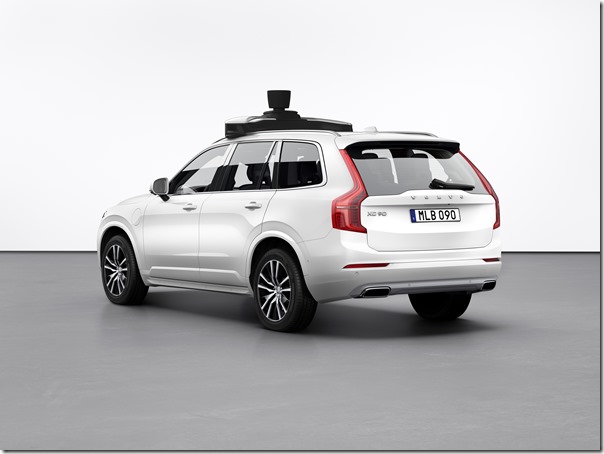