The Way of Lincoln

When most auto execs talk about the people who buy or lease their vehicles, they call them “customers.” Which is pretty much how they're referred to by plenty of people in retail, whether they’re selling appliances or avocados.
#Lexus #Ford #Cadillac

When most auto execs talk about the people who buy or lease their vehicles, they call them “customers.” Which is pretty much how they're referred to by plenty of people in retail, whether they’re selling appliances or avocados.

But not Lincoln president Kumar Galhotra.

He uses the word “clients.”

Yes, it is a small thing. A bit of rhetoric. 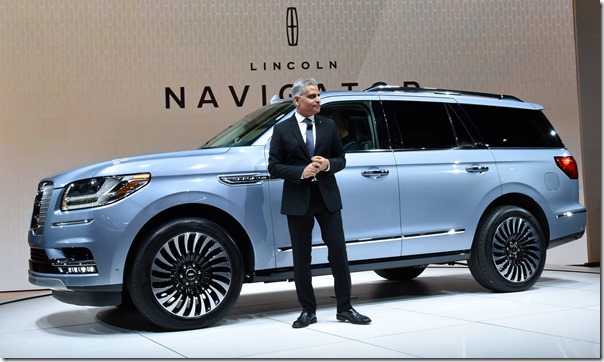 But Lincoln, which is really a challenger brand in the crowded luxury space even though it existed back when Henry Ford was growling about the seeming excess of engines with what he deemed to have too many cylinders or designs that perceived to be excessively stylish, needs to go to market with not only appealing SUVs and sedans, which is a parity play, but it must provide a differentiating factor, which is to elevate, well, its customers.

In some regards, this is a page from the original Lexus playbook, which took on the Germans by creating a retail and service experience that made the people who were spending their hard-earned money on LSes and RXes valued, not necessary but pesky people who showed up on the sales floor.

Galhotra and his team, based on research, have concluded that (1) experiences are key, especially for people who buy premium products, and (2) “Our clients”--yes, Galhotra uses the word again--"tell us time is their ultimate luxury.”

Now remember, Lincoln is in the business of, to put it in a common manner, moving sheet metal. It needs to sell or lease its Continentals and MKCs, its Navigators and MKZs.

Yet Lincoln has been operating a service for its customers in Miami and San Diego, which is now being expanded to Dallas, called “Lincoln Personal Driver,” that provides its owners with access to drivers on demand. Need to go out for a night on the town and don’t want to risk a DUI and don’t want to use Uber? This is one scenario for the service. You are not being driven in someone else’s car, but your very own Lincoln.

What’s more, Galhotra says that while you are enjoying your meal or movie or whatever, you can have your driver wash the car or pick up dry cleaning. “We want to make their experience as effortless as possible,” Galhotra says of his clients.

Then there is, of course, a pickup and delivery service for its vehicles. Lincoln’s program launched in 2016 and it has provided more than 60,000 rides for its customers (a driver picks up up the vehicle, and leaves a Lincoln loaner) in this period. While this is something that other OEMs offer, Galhotra says that a differentiator is that Lincoln is the only luxury brand to offer this standard for all vehicles model year 2017 and newer in all 50 states.

Again, this is not a unique idea, as companies including its long-time crosstown rival Cadillac have this on offer. But what Lincoln is doing is providing a complete package—service, insurance, etc.--with a monthly payment that will be predicated on the vehicle selected, not one where there is a set standard payment (i.e., presumably the payment would be higher for a Navigator than an MKC).

Does this matter? It seems to. Here’s a key data point: Lincoln was named the “most satisfying premium brand” in the 2017 Vehicle Satisfaction Awards presented by AutoPacific. It is worth noting that the annual AutoPacific awards are based on surveys from actual owners of vehicles—some 54,000 in this year’s study—so it is evident that Lincoln customers who responded obviously feel more like clients.