There’s Small and Then There Are Quadracycles

Generally, when there’s a report about meeting crash test requirements (or, as is more the headline-making case: NOT meeting the requirements), it has to do with something like a full-size sedan or an SUV or the like.

Generally, when there’s a report about meeting crash test requirements (or, as is more the headline-making case: NOT meeting the requirements), it has to do with something like a full-size sedan or an SUV or the like.

However, word out of Europe is that Euro NCAP testing has determined that there is a big problem. At least a big problem with a small type of vehicle: Quadracycles. 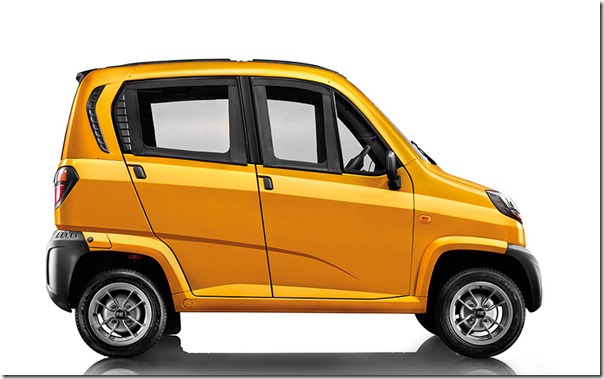 Seems they’ve been testing the tiny vehicles since 2014. Back then the results were troubling. Today, they still are.

Says Euro NCAP Secretary General, Dr. Michiel van Ratingen “It is disappointing to see that quadracycles are still lacking basic safety features that are common in small cars. By not challenging the manufacturers to do more, legislators continue to give a false impression to consumers that these vehicles are fit for purpose.”

Apparently, these small vehicles don’t fall under the same sort of legislation as passenger cars. In Europe (and elsewhere) where there are microcars, these quadracycles probably appear to many people as, well, simply smaller cars.

That said, the Euro NCAP testing has found that the four quadracycles score no more than one star in their ratings. Which probably wouldn’t be good for marketing or advertising purposes. 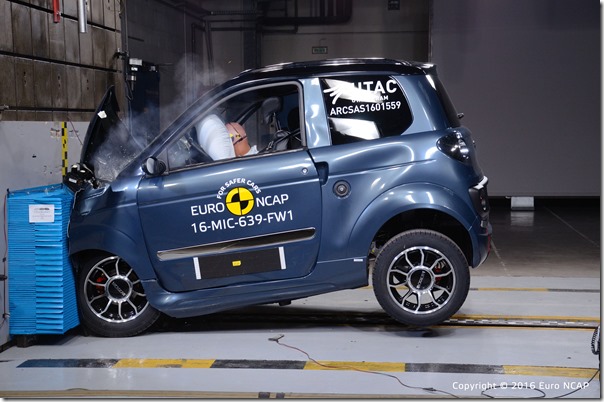 Speaking of which, one of the vehicles, the Microcar M.GO from Ligier, does have an optional driver’s airbag, but according to the assessors, the vehicle itself doesn’t lend itself to actually making it effective, as the word is, “With no improvement in structural integrity, the airbag offers no increase in protection and appears to be little more than a marketing ploy.”