Say a few years from now you’re riding in an autonomous vehicle and it gets a flat. Are you going to change it?
#Chevrolet #oem #tires

Looking ahead to a time when the automotive fleet will include autonomous vehicles, General Motors and Michelin are addressing a potential problem that seems to get little attention: What happens if the autonomous vehicle gets a flat?

This has led to the development of the Uptis, or “Unique Puncture-proof Tire System.”

It is puncture-proof because it doesn’t contain air.

Rather, the design of this tire is predicated on a tire-wheel assembly with composite rubber spokes that include embedded fiberglass in a resin matrix that carry the load and a shear beam outer ring wrapped around it. The wheel assembly is aluminum. 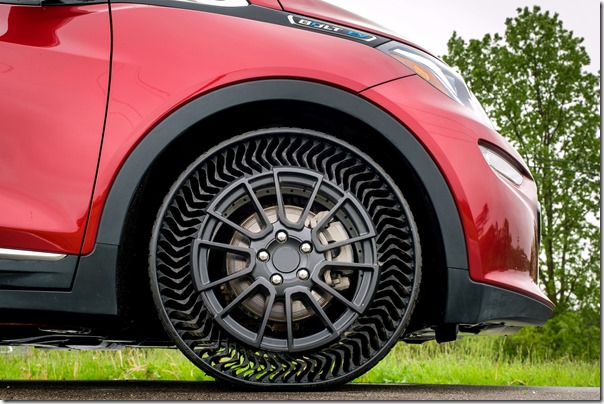 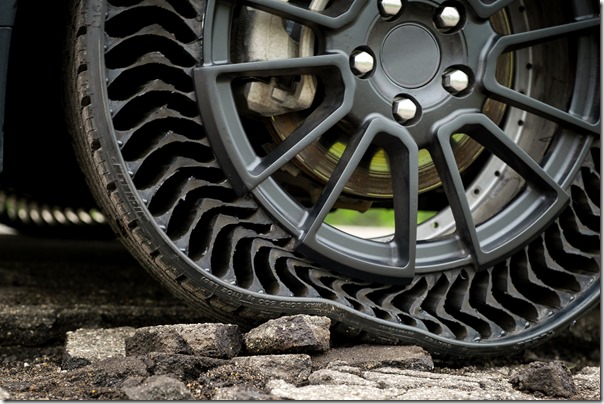 According to the companies, the benefits of the Uptis approach to tires include:

Reduced waste: it is estimated that some 200-million tires are scrapped each year on a global basis due to punctures or damage, or wear from improper air pressure.

And that leads to the reduction of raw materials and energy required to replace not only those prematurely scrapped tires, but there is no need for spare tires when Uptis is employed.

Because there aren’t flats or blowouts, the Uptis is safer than a traditional tire.

Steve Kiefer, senior vice president, Global Purchasing and Supply Chain, General Motors, said of this development, “Uptis is an ideal fit for propelling the automotive industry into the future and a great example of how our customers benefit when we collaborate and innovate with our supplier partners.”

GM is going to run a test fleet of Chevrolet Bolt EVs fitted with Uptis later this year.

Michelin suggested that it could be “a mainstream product as early as 2024.” 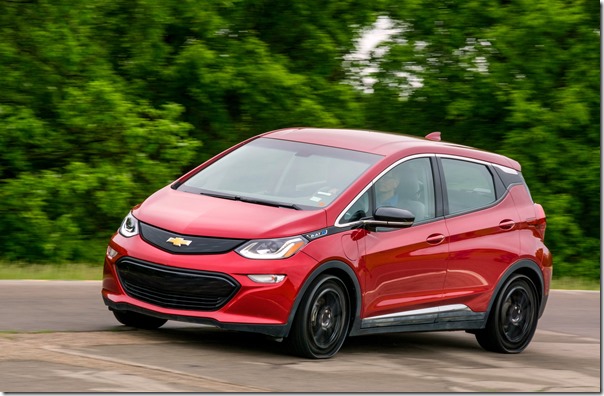