Tires from a Shrub

Tires, by and large, are made from rubber.
#supplier #CooperTire #sustainability

Tires, by and large, are made from rubber. Natural rubber is generally sourced from the Hevea brasiliensis rubber tree, which primarily grows in the jungles of southeast Asia.

In the second half of the 19th century a type of aphid, the grape phylloxera, made its way to the vineyards of France. And it essentially wiped out the grape crops. (Which, in retrospect, was good for the Napa Valley, but not so good for those oenophiles in Paris looking for a good Bordeaux).

While the lack of wine probably didn’t have much to do with it, Cooper Tire & Rubber Company and its consortium partners, including Clemson University, Cornell University, PanAridus and the Agricultural Research Service of the U.S. Department of Agriculture (USDA-ARS), have completed a five-year, $6.9-million study into the alternative to Hevea, a rubber sourced from the guayule shrub.

The guayule grows in the southwestern U.S.

Seems that the shrub is a promising alternative source. 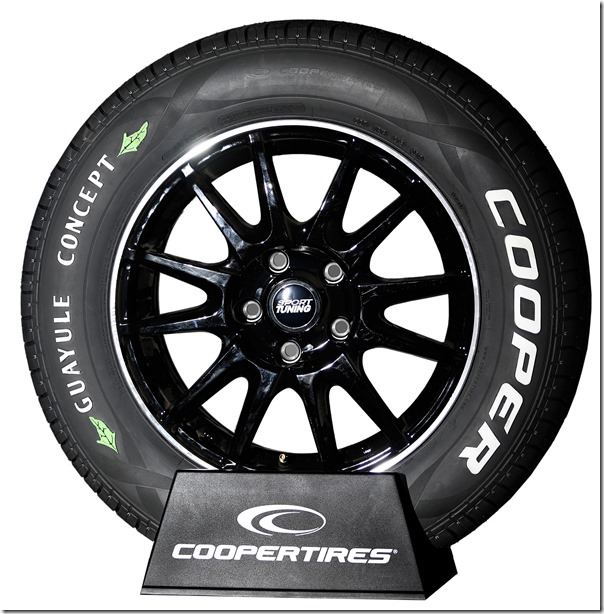 According to Chuck Yurkovich, Cooper’s senior vice president of Global Research & Development, “Cooper built more than 450 tires, replacing various tire components made with Hevea and synthetic rubber with those made with guayule and testing each for overall performance. With knowledge gathered from these builds, we created the industry’s first all-guayule concept tires and with them conducted rigorous lab and road tests that provide verifiable performance results

“Based on our findings, Cooper could use guayule rubber in tire production tomorrow if enough material was available to meet our production needs at a competitive price. To make this happen, the combined effort of government, agriculture and industry is needed to grow the plants and create large-scale manufacturing operations to produce the rubber for use in the tire industry.”

And there are potential other benefits, beyond having a source for rubber that is literally on the other side of the world from the headquarters of Cooper Tire (which is in Findlay, Ohio).

The researchers from Clemson performed a life-cycle analysis (LCA) of the process and product.

Clemson’s Dr. Amy Landis, said, “Through our LCA, we found that the 100 percent guayule-based concept tire had between 6 to 30 percent lower emissions in 10 different life cycle environmental and energy impact categories compared with a conventional tire.”

So that’s another plus, certainly.

It should be noted that Cooper Tire et al. aren’t the first to look at guayule as a Hevea alternative.

In 2015, Bridgestone announced that it had produced tires using guayule-sourced rubber that it had grown on a 114-hectare plot of land that it purchased in 2013 in Eloy, Arizona.

Just imagine what would happen should there be a phylloxera-like breakout in southeast Asia.