Tires and the Importance of Proper Pressure

The U.S. Congress enacted the TREAD Act on November 1, 2000, which included the mandate that, within one year of that time, the Secretary of Transportation would enact a rule that there is “a warning system in new motor vehicles to indicate to the operator when a tire is significantly under-inflated.”

Time marched on and it wasn’t until September 1, 2007, that new light vehicles in the U.S. had to be equipped with a tire pressure monitoring system (TPMS).

Things were later in the European Union, as they didn’t have a requirement until November 2014.

Continental Automotive has been producing TPMS since 2002. It builds them in a variety of production locations ranging from France to Korea to Mexico. 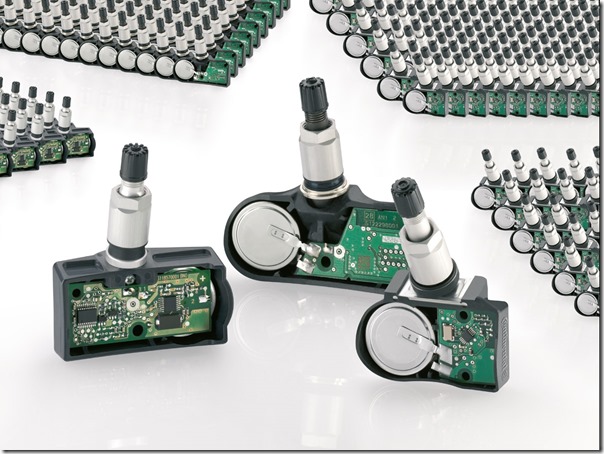 Last week the company announced that it has produced 200-million systems.

According to Conti, knowing that one’s tires are properly inflated isn’t just helpful, but is critical to safety.

That is, they calculate that on a wet surface, braking distance increase by over 20 feet when traveling at 62 mph if the tire pressure is at 23.2 psi rather than the required 30.5 psi. Or, while a car with properly inflated tires would be stopped, the underinflated car would still be going 20.5 mph.

And while Continental makes tires, too, the company points out that if the pressure in a car’s four tires is off by 8.7 psi the service life of the tire falls by 45 percent.

What’s more, there is a 4 percent fuel consumption penalty to boot.

But if you’ve priced a set of tires lately, someone having to take the time to stop off at a service station for air seems awfully beneficial in light of the wear the tires otherwise might have far too quickly.