The 2020 Jeep Gladiator, which is yet to be rolling on the side of a mountain near (or far from) you, is manufactured in Toledo, Ohio. For those of a historic bent, know that Toledo has been the home of Jeep manufacture for, well, as long as there have been Jeeps.

The area code of Toledo is 419, which is a random thing to know. But if you’re a true Jeep loyalist you probably know the location of the factory as well as the area code.

And you probably know that tomorrow is Jeep 4x4 Day and that tomorrow, April 4, is your one-and-only chance to order the Gladiator Launch Edition, a fully loaded Rubicon model with specific trim modifications including a forged aluminum tailgate badge that reads:

Because that’s how many of the Launch Edition Gladiators will be available in the U.S. 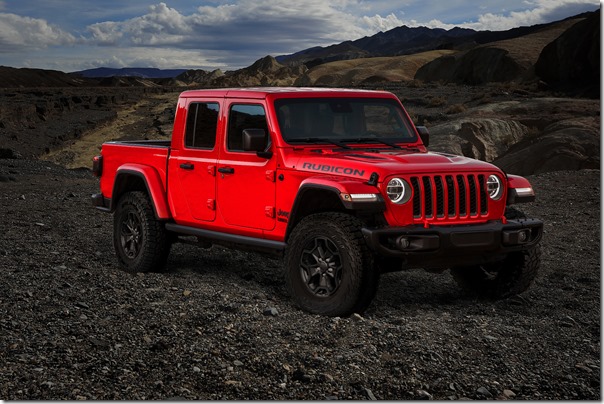 To get one—and it will have an MSRP of $62,310—you have to jump on https://www.jeep.com/gladiator/launch-edition.html  tomorrow and place a preorder for the vehicle. According to Scott Tallon, director of Jeep Brand, once the 4,190 units are gone, they’re gone.

Oh, and there’s one more thing about Jeep 4x4 Day and the Launch Edition Gladiator.

Tallon notes that Jeep owners often express the notion that they wish they’d have more time to adventure with their Jeeps, but there are things—like a job—that get in the way of that. 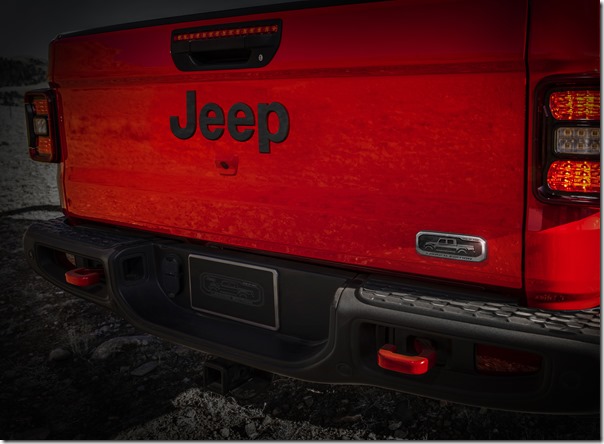 So in coordination with the pre-ordering they are holding a “Find Your Freedom” contest, to allow a lucky individual to spend more time with her or his Gladiator:

Contest rules include that the registrant create a short video (not longer than 75 seconds) that tells one’s “personal Gladiator story explaining how you would spend a year off of work.” Presumably this would have something to do with going anywhere, doing anything, but that’s just a guess.

We’ll be providing details on the 2020 Jeep Gladiator in the June issue of AD+P, having spent some time with the design and engineering team last week—and driving on a route that we’re still not convinced any vehicle could traverse, even though we were behind the wheel and did it.

We kept hearing “It’s a Jeep thing.” But if you’re someone who is among the Jeep faithful, you already know that, too.