One of the best, most stylish vehicles available in the U.S. market last year was the Buick Regal.

Unfortunately, not a whole lot of people agreed with my assessment.

And as a point of comparison, know that there were 16,628 Chevy Malibus delivered—in December 2017 alone. (And that number was down 27 percent from December 2016.)

According to Doug Osterhoff, Buick marketing manager, they decided to do something to the Regal. Something radical. Something that would go into the so-called “white space.”

The fifth-generation Regal—the most recent sedan and the one pictured just below this sentence—is based on an Opel, the Insignia. 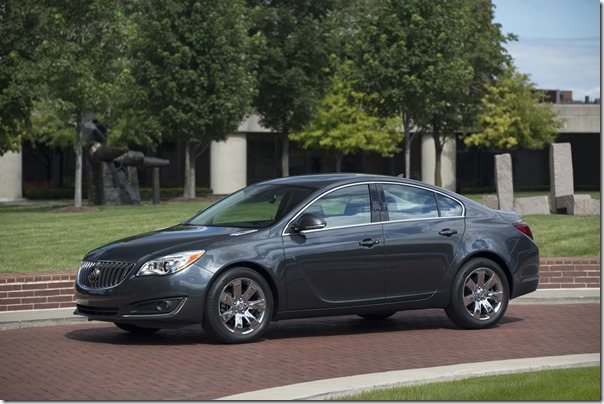 The sixth generation Regals—yes, plural, and we’re not talking about the GS, which is a trim level variant (it has a 310-hp 3.6-liter V6, nine-speed transmission and AWD)—are also based on the Opel Insignia.*

But unlike the 2017 Regal, there are two variants: a sedan with a hatch in the back and a station wagon.

Osterhoff points out on this edition of “Autoline After Hours” that the conventional four-door sedan is not doing particularly well in the market. The 11,559 Regals sold in 2017 are 41.7 percent fewer than the 19,833 sold in 2016.

So that’s why they’ve opted for the Regal Sportback—the hatch—and the Regal TourX, the station wagon. 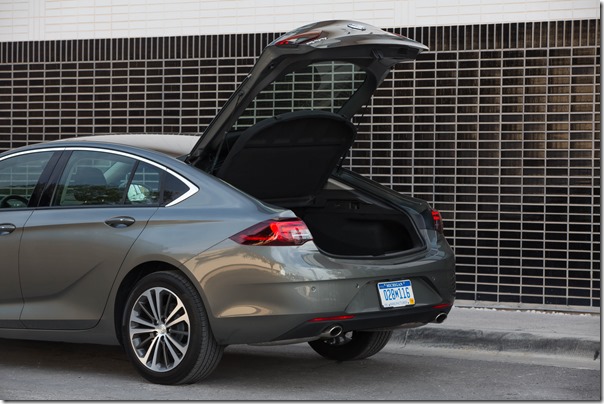 It has been 10 years since Dodge offered the Magnum, a wagon. It has been more than 20 since Buick offered the Roadmaster Estate wagon. Domestic wagons aren’t all that popular, it seems.

So why the TourX? 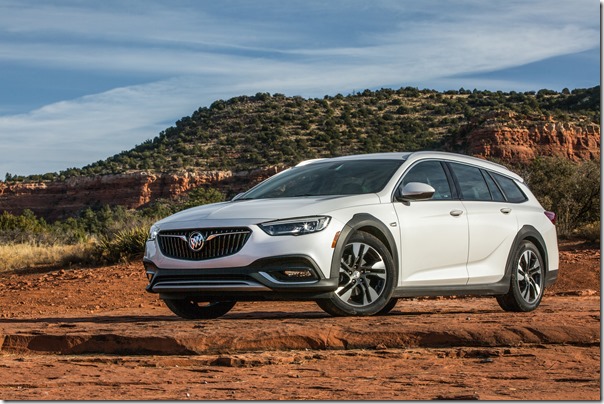 Part of it has to do with the fact that there are vehicles like the Volvo V60 and the Audi A4 Allroad on the market, and Osterhoff and his colleagues would like to get some of the sales that those wagons garner. And there is the Subaru Outback which is a wildly popular wagon, with 2017 sales of 188,886 units (total 2017 Buick sales: 219,231).

On the one hand, the Regal TourX, which has side cladding to make it look off-roadish (it has 5.7 inches of ground clearance, so it is better suited to dealing with gravel roads than fire trails) and an array of amenities ranging from leather seats to OnStar 4G LTE, is probably not going to be cross-shopped (often) with the Audi. And on the other hand, the Subaru Outback starts at $25,895 and the TourX $29,070, so there are probably some Subaru intenders who will follow through on their intentions based primarily on price.

Osterhoff talks to “Autoline’s” John McElroy, Mike Wayland of Automotive News and me on the show.

Then the three of us discuss a variety of subjects, ranging from the Uber accident to changing ways people are buying cars—or trying to buy cars.

*It is interesting to note that GM sold Opel to Group PSA, the French automaker, last year so it will be interesting to see what happens if the Regals become wild successes in the U.S. market.