While it may seem otherwise, people still buy sedans. And Toyota is going to continue to build them. Lots of them
#Toyota #Ford #HP

Cynthia Tenhouse, vice president, Vehicle Marketing & Communications, Toyota Motors North America, made it quite clear about the company’s intentions when it comes to things like the Camry and Avalon.

“I’m often asked, ‘Why so many sedans?’” she said. “There is a simple answer: Because we are selling them.” 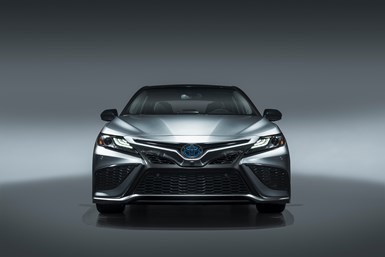 The 2021 Toyota Camry. Yes, people still buy midsize sedans. The Camry has been the best-seller in the segment for 18 years. (Images: Toyota)

While she acknowledged the SUV and truck market is huge—“We are benefiting from those, as well” (e.g., in the first half of 2020, the company has sold 183,360 RAV4s; to put that into context, during the same period Ford sold 84,797 Escapes)—she also said that the car segment represented about 4.5-million  units int 2019, so they’re not going to give those a pass.

To that end, they are bolstering the offerings within the lineups of the Camry and Avalon, and are even offering a 2021 fuel-cell-powered Mirai on a new RWD platform.

Camry will be the first Toyota model to offer the company’s Toyota Safety System (TSS) 2.5+ standard. Toyota’s Tom Kretschmann said that the system makes use of improved radar and camera systems, that allow things like detection of bicyclists in daylight and pedestrians in low-light. For vehicles that have the Full-Speed Dynamic Radar Cruise Control option, if the system is engaged and the vehicle in front is going slower, when the driver flicks on the turn signal the system will provide an initial increase in acceleration so as to get the vehicle better prepared for changing lanes.

The big change here is that it offers all-wheel drive for the first time. The system—“Dynamic Torque Control”—can direct up to 50% of engine torque to the rear wheels if slipperiness is detected or at acceleration from a start. 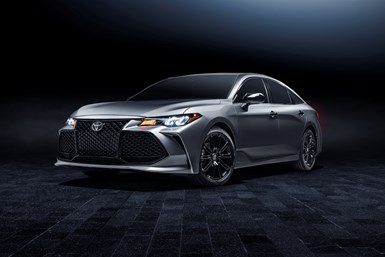 Avalon, for the first time in its 26 years, is now available with AWD.

There is an electromagnetically controlled coupling on the rear drive axle that disengages the prop shaft when AWD isn’t needed.

Toyota anticipates the AWD take rate will account for about 20% of all Avalon sales.