“Our call for innovation welcomes startup solutions that incorporate technologies in AI, data, cloud, autonomy, mobility, or robotics to solve any relevant problem for smart cities. Those problems might be in food supply, construction, water management, transportation or other areas that may not yet be on the public radar — after all, touchless technology is more important today than it was a year ago.” 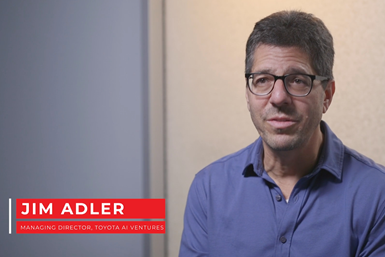 “We see cities as a platform for innovation, and we’re searching for startups building real-world, scalable solutions to improve the quality of life in urban communities, now and in the future.”—Adler (Images: Toyota)

Qualcomm and Great Wall Motors Connect
The Software Revolution Is Here It’s a great time to be a software engineer in the auto industry.

He’s talking about the global call for innovation—one that would provide accepted entrepreneurs with from between $500,000 and $2-million in funding—that had first been announced this past January at CES.

When he made the original announcement Adler said, “Over half of the world’s population lives in urban areas today, and that trend is expected to increase in the coming decades. As cities become more populated and dense, technology has a key role to play in addressing challenges like congestion, housing shortages and pollution. We see cities as a platform for innovation, and we’re searching for startups building real-world, scalable solutions to improve the quality of life in urban communities, now and in the future.”

As you may recall, at the 2020 CES Toyota revealed the Woven City, its plan to create a living laboratory where people would live, work and perform their daily activities. And one where there wouldn’t be Camrys and Highlanders rolling around, as there would be micromobility devices, underscoring that Toyota has a vision that goes well beyond what millions of people currently have in their garages.

When Adler made the original announcement on January 7, the deadline for submissions had been April 30.

A whole lot has happened in the world between January 7 and now.

What they are hoping to fund, as we perhaps all realize right now, will likely have bigger benefits to humanity than Adler and his colleagues had first imagined.

You can learn more and apply for the program here.