There is a growing concern among automakers that young people just aren’t as keen on driving as those automakers—as in people who are generally north of 45—find that even their own children, kids who have grown up with a highly satisfactory lifestyle thanks to the existence of cars and trucks, are largely indifferent to driving or, in some cases, even getting a license.

While OEMs have long sponsored events that are of interest to young people—e.g., the 2017 Honda Civic Tour, the 16th time it’s been run, will have a line up including Fitz and the Tantrums and OneRepublic—this past weekend Toyota did something that has a slightly different twist to it. 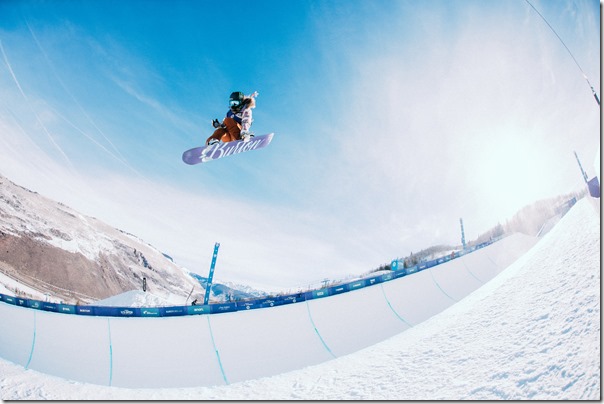 This past weekend in Vail, Colorado, at the 35th Burton U.S. Open Snowboarding Championships, Toyota and Burton Snowboards entered into a “multi-year strategic partnership.”

Exactly what this strategic partnership will entail beyond signage and social media and schwag isn’t entirely clear. Toyota is now become “the official automotive company of Burton,” which undoubtedly means a whole lot of Highlanders are going to be seen with board racks.

But the notion of “partnership” is intriguing.

There is a sponsorship, too.

Not only can she catch big air, but Ms. Kim is 16 years old.