Toyota has announced a major move toward increased safety for its Toyota and Lexus brand vehicles, as Jim Lentz, CEO of Toyota Motor North America announced that starting in 2021 it will begin deploying Dedicated Short-Range Communications (DSRC) systems in its vehicles. 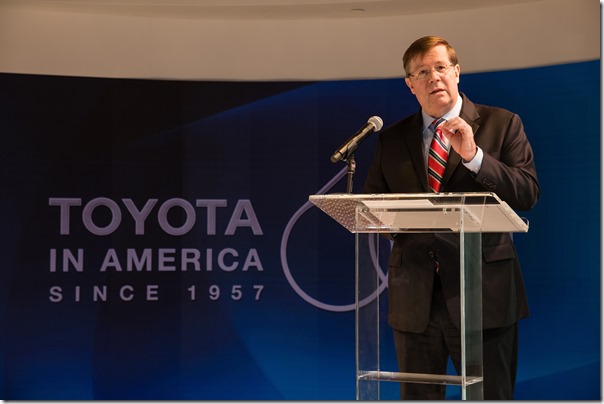 Toyota plans to have DSRC in “most of its lineup”—Toyotas and Lexuses, alike—by the mid-2020s.

There is no cellular network involved with DSRC. There are seven channels within the 5.9-GHz spectrum band (5.850 to 5.925 GHz) that are dedicated to DSRC. With DSRC vehicles can communicate at up to 10 messages per second—providing information about location, speed and direction, for example—at up to 1,500 feet. This is done securely. And there are no data charges showing up on your wireless bill at the end of the month.

In 2016 Federal Motor Vehicle Safety Standard 150 was proposed by the U.S. Department of Transportation which would have made DSRC a standard for light vehicles. The rule has not been implemented.

Toyota is no stranger to DSRC technology. In Japan in 2015 it began offering Toyota and Lexus models with DSRC. As of March 2018 it has more than 100,000 equipped vehicles on the Japanese roads.

And Lentz uses an example of another safety initiative the company has undertaken to underscore the commitment they’re making to DSRC: “Three years ago, we pledged to have automatic emergency braking [AEB] in almost every vehicle we sell by the end of 2017. Today, 92 percent of all Toyota and Lexus vehicles sold in the U.S. have Toyota Safety Sense or Lexus Safety System + with AEB standard.”

He added, “We believe that greater DSRC adoption by all automakers will not only help drivers get to their destinations more safely and efficiently, but also help lay the foundation for future connected and automated driving systems.”