Somehow, apparently, they missed the memo.

You know, the one with the subject line reading: “Cars Are Dead. Especially Compacts.”

Or maybe it is just a habit that dies hard. They’ve been doing this since 1966 and have done it more than 45 million times. 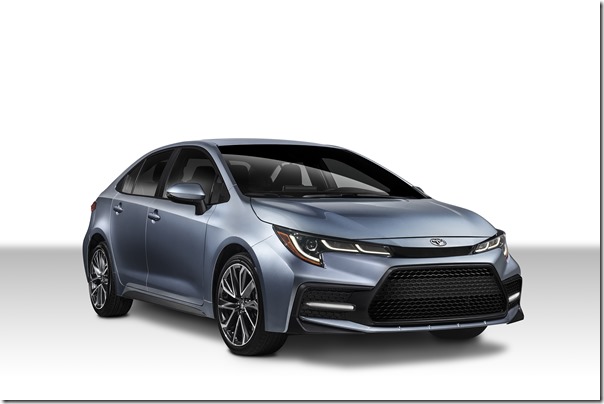 Toyota has introduced the 2020 Corolla. It is the 12th generation of the car that is sold the world over.

Or let’s look at this another way, given that GM is reporting its sales numbers quarterly. This means January through September sales is the metric we’ll use here.

Maybe they simply ignored the memo.

Jack Hollis, Group Vice President and General Manager, Toyota Div., Toyota Motor North America, speaking of the Corolla, said, “It is the best-selling car in the world. And this one is made better.”

What’s more, he said that the Corolla—which is often the first brand-new vehicle that customers get (Hollis: “They may have come out of a used Corolla”)—“has a loyal following, one of our highest loyalty rates.” Given the number sold, there is a base of potential customers who may be ready for a new one. 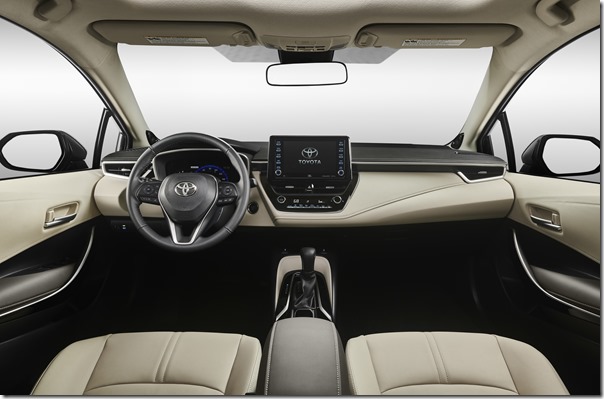 Historically people have bought Corollas because the cars have the sort of quality, durability and reliability that people want in their transportation. And it has tended to have a good value proposition, to boot.

So with the 2020 sedan they’ve gone for a far more stylish look, something that combines tension and dynamism and detail and shape, which, as I recall from my art history class are characteristics of the Baroque style. Obviously they’re not going to go outlandish with the design—after all, when you’re selling as many cars as they do you have to take mass tastes into account, although with this execution it doesn’t seem as though that’s quite as much of a driver as has been the case for generations 1 through 11. But still, it has more than a modicum of character.

The Corolla, which is now on the Toyota New Global Architecture (TNGA), like the other recent cars launched by Toyota (e.g., Prius and Camry), has the same wheelbase as its predecessor—106.3 inches—but it is lower (by 0.8 inches) and has wider front and rear tracks (up 0.47 and 0.87 inches, respectively) so the vehicle is visually more planted.

The engine—either a carryover 132-hp, 1.8-liter or the new “Dynamic Force” 169-hp, 2.0-liter—sits lower on the platform, thereby allowing the hood to be lowered by 1.4 inches, which not only provides better visibility for the driver, but allows more style up front. There are three transmissions—two CVTs and a six-speed manual with downshift rev mapping (!). There is the Dynamic Shift CVT, which actually has a physical first gear for quicker starts. There is the Direct Shift CVT that has 10 simulated steps and a Sport mode.

Speaking of which, like the Camry and Avalon before it, the Corolla has front fascias that reflect the demeanor of the car, with the SE and XSE having a body-color chin spoiler, aero fins and J-shaped clearance lamps with LED light guides and turn signals, indicating a sportier variant of the car. (And speaking of sportiness: the Corolla is available with a six-speed manual or a “Dynamic Shift” CVT.)

Presumably, the Corolla customer is somewhat younger on the demographic charts. So while there had been some petit consternation that Toyota had been promoting its own infotainment system, Entune, and not offering what is seemingly become a deal-breaker for many, the 2020 Corolla’s standard Entune 3.0 comes with. . .Apple CarPlay compatibility, and they’ve added Amazon Alexa for good measure. Clearly, Toyota has more than faith in the future of compact sedans, as indicated by the 2020 Corolla.

Jack Hollis admitted that the sedan market isn’t what it once was. Yet he also said that he thinks that with the new Corolla they’ll begin to pick up more market share. And even though less is not ideal, getting more is absolutely better.