Nowadays it isn’t enough to have an all-new vehicle under a sheet at an auto show and at the appropriate moment—hey presto!—there it is, the new whatever. This is even the case for vehicles for which there is sizeable market demand already, so a new one is nothing but all the more appealing. 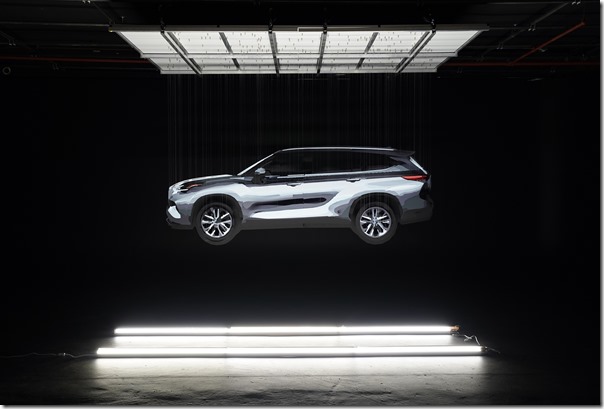 For MY 2020 Toyota will be releasing a new Highlander. It will be unveiled at the New York International Auto Show on April 17.

But now, a week out, they’ve sent out a release headlines “Toyota Alludes to All-New 2020 Highlander.”

Seriously: when’s the last time you heard anyone use the word allude?

Anyway, they have cleverly engaged the talents of Brooklyn-based Michael Murphy, who is described as an “augmented reality artist.”

What he has done is paint individual pieces of paper—some 200 of them—predicated on printouts of the vehicle that are then suspended in a meticulous manner via filaments so that they appear to be a three-dimensional 2020 Highlander.

It is quite a feat that does far more than allude: it fascinates.