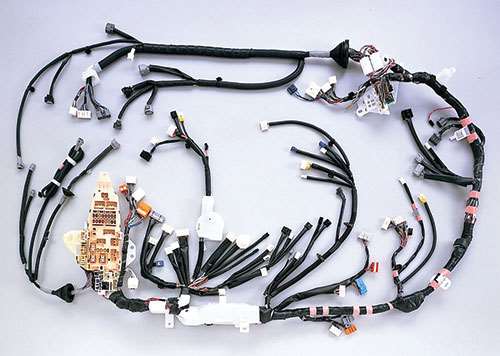 There is a considerable amount of copper in any given wiring harness. Toyota has developed a way that the material can be mechanically recovered and result in material that is sufficiently pure to be put back into production for more wiring harnesses.

While some people point out that one of the inhibitors to the growth of electric vehicles may very well be the rarity of rare earth elements (e.g., neodymium and dysprosium) that are used in electric motors and batteries, Toyota is addressing something that people probably take for granted: copper.

Which is not only important for electrified vehicles, but your regular combustion-powered vehicle, as well.

It seems that if copper mining continues apace, within about 40 years, it is going to be exceedingly difficult to pull any more out of the ground.

So it has been working for the past few years with Yazaki (yazaki-group.com/global), Toyota Tsusho (toyota-tsusho.com/English) and a group of eight Japanese vehicle dis-mantling companies on developing a way to mechanically recycle the copper from wiring harnesses. Apparently, this has presented a challenge due to the minute impurities that can contaminate the copper.

Toyota has been running trials in its Honsha plant since last year, and recently announced that as they’ve achieved 99.96% purity with the process, the process provides stable, production-quality copper. Toyota estimates that the process will allow a savings of 1,000 metric tons of copper annually.