While the wait continues for Elon Musk to unveil the prototype of an electric semi (it was supposed to be shown on October 26, but that has been reportedly pushed back to November 16—for now), Toyota has announced that its hydrogen-powered class 8 semi-truck has completed 4,000 development miles and will go to work on October 23, moving goods from select Port of Los Angeles and Port of Long Beach terminals to warehouses and rail yards.

Called “Project Portal,” the truck will be used in drayage operations, which are admittedly short hauls—they’re calculating that the truck will operate some 200 miles per day—but which, Toyota says, put the fuel cell system under “demanding” duty cycles. 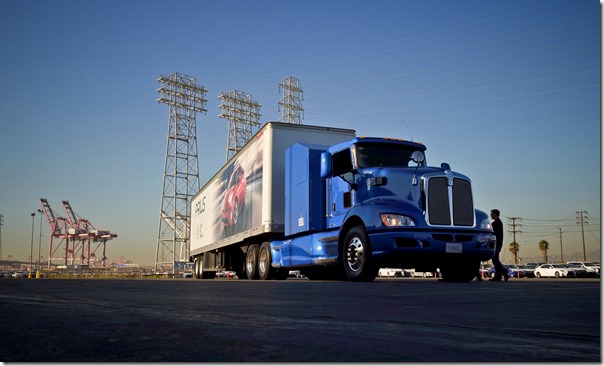 The truck—yes, a concept, not a production model—does use two production Mirai fuel cell stacks. There is a 12-kWh battery. The class 8 truck has more than 670 hp and 1,325 lb-ft of torque. It has a gross combined weight capacity of 80,000 pounds.

The emissions are water vapor. Heavy-duty trucks account for a considerable amount of the emissions at the ports.

Toyota, assuming all goes as planned, will incrementally increase the range of the routes that its Project Portal truck will take.

Assuming that the hydrogen-powered truck runs seven days a week, it will have racked up 5,000 miles before the Tesla truck is unveiled (200 miles per day x the 25 days including October 23 and November 16).