If you are reading this on a contemporary computer running Windows 10, there is a TPM running—a Trusted Platform Module—which is, according to Microsoft a “secure crypto-processor that is designed to carry out cryptographic operations.” At its most basic it is a means by which there are “keys” that allow digital access. Without the appropriate key, access to a system is prohibited. It runs the math to provide protection to the hardware.

Nowadays—to say nothing of going forward in time—the amount of actual and potential digital access to vehicles is enormous and getting bigger, whether it is a matter of Amazon delivering packages to your trunk, having received digital permission and capability, or an over-the-air (OTA) update to change some parameter (who can forget Tesla’s OTA last summer for the brakes of the Model 3 after Consumer Reports knocked the braking distance?). 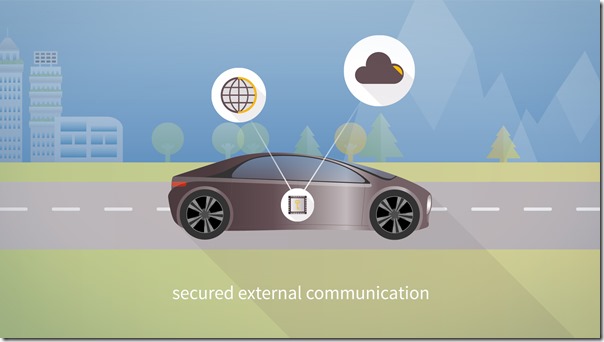 One of the downsides to this convenience is that it provides a means by which hackers could access a vehicle’s operating system, which can have all manner of untoward consequences, none of which you want to happen whether it is your car or if you’re responsible for manufacturing vehicles.

According to Infineon Technologies, it is the first semiconductor manufacturer to offer “an automotive-qualified TPM for the connected car.” The OPTIGA TPM 2.0, according to Infineon, has been selected by Volkswagen for security.

In the case of, say, an OTA update, the TPM checks the ID of the sender of the data: If it is not coming from the OEM server or another trusted source, then it won’t be permitted into the vehicle.

Because cars generally last longer than computers, the chip was designed to deal with long life cycles, including the ability to have its firmware—remotely updated—so it maintains capability over the life of the vehicle.