Sure, lots of states would like to achieve leadership in those areas, but Michigan’s governor has appointed Pawl the state’s first Chief Mobility Officer, and this guy knows how to—and who can help—get it done
#Tesla #autolineafterhours

If you read anything about how to get ahead in business there is often the tip—one that is probably not pursued all that much as it seems too simple to provide the sort of leverage that one is looking for in pursuing one’s advancement—to write down who you met with, when and what was discussed. This allows you to create a network that, over time, provides a huge advantage.

This is something that Trevor Pawl has done over the years. During which time he has met a lot of people, people ranging from those at startups to CEOs at OEMs, people literally around the world. He created an economic development program for the Detroit Regional Chamber named “Connection Point,” which grew into the Pure Michigan Business Connect. 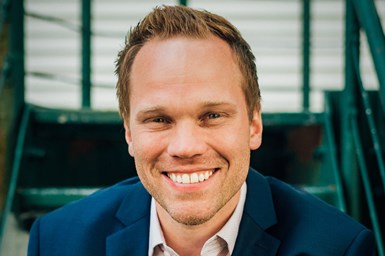 And one more thing he did while senior vice president of Business Innovation at the MEDC: Pawl ran PlanetM, Michigan’s program for mobility.

On July 2, 2020, Michigan governor Gretchen Whitmer announced the creation of the state’s Office of Future Mobility and Electrification (OFME).

And two weeks later, we have Pawl on “Autoline After Hours.”

Yes, he did mention all of those connections that have been documented over the years, connections that will certainly be valuable to some of  the people on the list as well as to the state of Michigan, as Pawl takes on the mission of achieving “Global Mobility Leadership and National Electrification Leadership” for the state.

Clearly, he isn’t a man with small goals.

To achieve them, Pawl will be coordinating the activities of 17 state departments that are presently involved in working on mobility in some way.

Among the targets they’re shooting for are increasing investment from tech companies to advance electrification and mobility, while growing jobs; expanding the state’s “smart” infrastructure (e.g., vehicle-to-infrastructure (V2I): the Michigan Department of Transportation has built about 500 miles of tech-enabled corridors, part of the largest V2I deployment in the U.S.) ; help foster mobility startups; attract and develop people who will be part of a mobility workforce; accelerate the adoption of electric vehicles in the state; and help maintain Michigan’s legendary manufacturing prowess, with a focus on mobility and electrification.

Map of the American Center for Mobility in Ypsilanti, Michigan, which Pawl says is one of Michigan’s “crown jewels” for the development of autonomous vehicle technology. (Image: ACM)

What is interesting about Pawl’s approach is that when he is talking about mobility, he is taking a comprehensive view. This isn’t just about moving people around in various forms of transportation. The movement of goods is important, as well.

What’s more, although for many people Detroit = Car, Pawl’s vision encompasses more than cars and trucks, ranging from scooters to drones.

Pawl talks about taking a “systems approach” to addressing mobility. And he knows people who can help make that a reality for the state.

On the show he talks with “Autoline’s” John McElroy, Pete Bigelow who covers mobility and advanced transportation for Automotive News, and me.

In addition, the four of us talk about a number of other subjects, from Fisker’s plans to do a reverse merger; the seemingly ever-increasing valuation of Tesla stock which many result in Elon Musk reaping billions of dollars; the massive product offensive being undertaken by Ford in the last half of the year (i.e., Mustang Mach E, F-150 and Bronco); and more.

All of which you can see on Autoline After Hours.