The Volkswagen Group has established incentives for those who have Group vehicles that meet Euro 1 to Euro 5 standards and since August 2017, more than 300,000 have been traded in and replaced with new or used vehicles that meet the current Euro 6 standard.
#Audi #oem #Volkswagen

In case you’re wondering about what the state of affairs vis-à-vis diesels in Germany as in the context of Volkswagen Group, which made us think of diesels not as a fuel-efficient, torque-generating powertrains that didn’t smell bad and addressed emissions (i.e., “Clean Diesels”), but as something that were environmentally problematic. 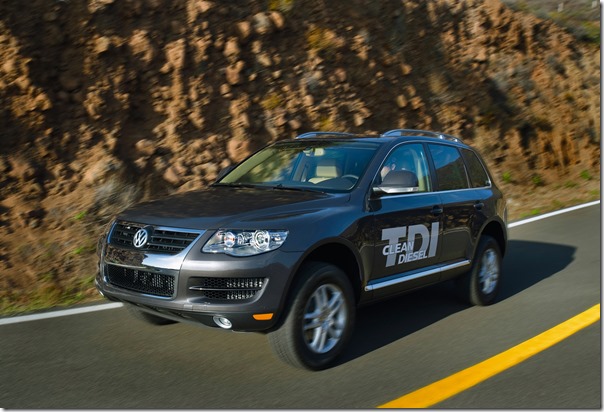 The Group has established incentives for those who have Group vehicles that meet Euro 1 to Euro 5 standards and since August 2017, more than 300,000 have been traded in and replaced with new or used vehicles that meet the current Euro 6 standard.

According to Dr. Christian Dahlheim, Head of Group Sales: “The exchange incentives have significantly exceeded our expectations. We have kept our promises to politicians and made a key contribution to the renewal of the fleet and to a rapid improvement in air quality in German cities.”

Perhaps indicating that affordability issues are manifesting themselves in Germany, Dahlheim noted, “Our customers have recently increasingly opted for used cars, which is why we are extending the relevant incentives until further notice for VW and Audi. The incentives for new cars will expire at the end of April, as already announced.”

Now, you might think that diesel vehicles—especially those with a VW badge—are pretty much a done thing in Germany.

And you would be wrong.

Earlier this year the Volkswagen Passenger Cars brand announced that customers in Germany were increasing their purchases of diesel-powered vehicles.

In 2018 orders for diesel vehicles from the brand was 43 percent of the overall vehicle portfolio, up from 39 percent in 2017.

One thing that is known about diesel engines is that they have serious longevity. Clearly, they still do.