Volvo Cars, in 2017, delivered 114,410 vehicles in China and 81,504 in the U.S. Which probably explains, in part, why the company didn’t have a stand at the North American International Auto Show in Detroit this past January (where the company, coincidentally, won the utility vehicle of the year award from the North American Car, Utility and Truck (NACTOY) jury), and is at the Beijing Auto Show this week with a concept vehicle, the S90 Ambience Concept. (The fact that Volvo Car Group is owned by Geely Holding, a China-based company, probably has something to do with that, too.)

The S90 Ambience, which was developed for the China market, looks essentially like an S90 sedan from the exterior. 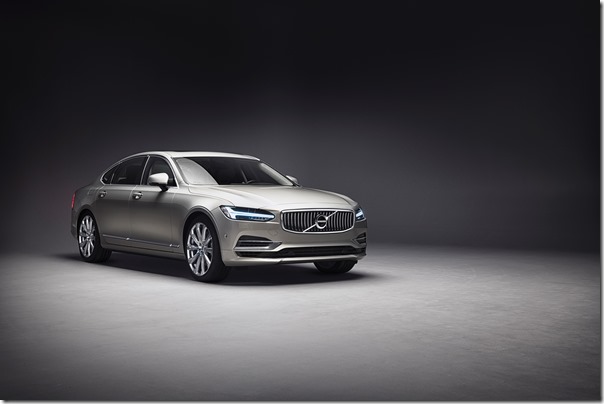 But it is on the inside where things get different.

Most notably, the car is based on the S90 Excellence trim package. This means that it is described as a “three-seater executive sedan.”

There is a front passenger seat. But it, in effect, submarines into itself so that it becomes an automotive ottoman for the passenger in the rear right seat. Now while that passenger may do something like look out the window or consult a phone, there is the possibility of boredom in, say, congested traffic.

So what Volvo designers have done is to create an ambient environment that is based on visuals, sound and scent.

As Robin Page, head of design at Volvo Cars, put it, “The design explores how people feel inside the car and enables them to influence their own mood and well-being.” 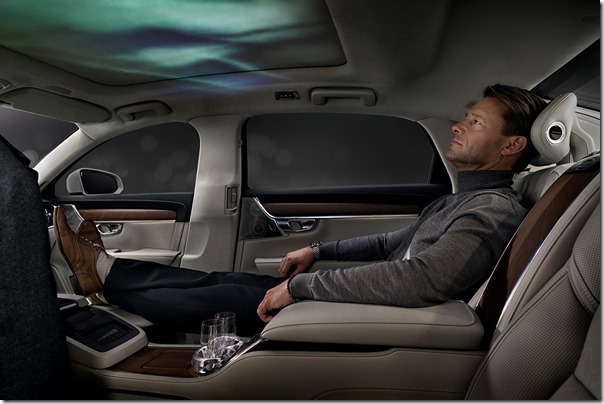 Via a smart phone app the passenger can select a theme-- Northern Lights, Scandinavian Forest, Swan Lake, Archipelago, Rain, Nocturnal, and Freedom—that is not only displayed on the headliner, but which also is tied to relevant music played through the vehicle’s Bowers and Wilkins audio system and one of four scents formulated by Byredo that is dispersed via vents in the center console.

According to Volvo, the company hopes to take the concept into production for availability, “especially in China.”