When it comes to virtual reality (VR) of a professional sort (vs. all of the recreational possibilities that VR provides), the general application seems to be for design. For the past few years, before VR headsets were practical consumer products, auto designers have been using VR to give virtual life to their digital models. Not only does it allow a multiplicity of models to be displayed in one place, but it permits the changing of lighting and environments in ways that are otherwise infeasible. (But there’s nary a car designer I’ve met who doesn’t say that before a vehicle becomes “real” it must be rendered in clay. Yes, even in the 21st century there’s nothing stronger than dirt.)

Volkswagen Group is rolling out VR—not just for designers, but for production and logistics. 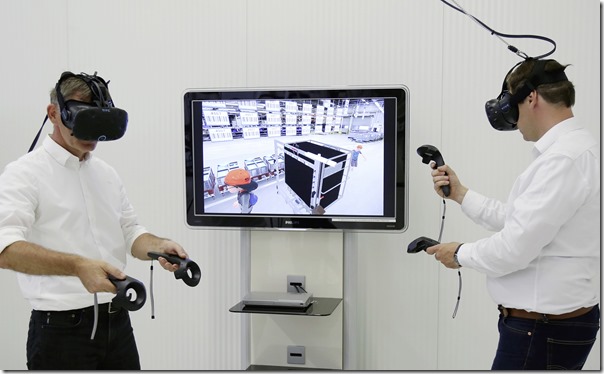 That’s right: VR for those involved in making and shipping physical things.

VW Group—this means all of the nameplates, not just VW—has established the “Volkswagen Digital Reality Hub,” which is a repository for such things as training, workshops and best practices, all in VR format.

The hub is setup to allow cross-brand and cross-site collaboration.

In terms of hardware for the users, they are using the HTC VIVE Business Edition headset, an industrial strength version of the gear that, say, a gamer might wear.

Given that VW Group literally has production facilities around the world—which means a whole lot of logistics—this virtual “being there” can be highly beneficial.