VW Big on the Future

By 2022, according to Volkswagen Group, the company will have spent some 34-billion euro on developing capabilities and products for the future of transportation—which surely indicates that the future is only a few years from now.

The company’s investments are in four primary areas:

As for the first, the company plans to have 80 electrified vehicles available by 2025, of which 50 will be full electric vehicles. It is also part of the IONITY joint venture—which also includes BMW, Daimler and Ford—that plans to have 400 fast-charging stations setup in Europe by 2020. 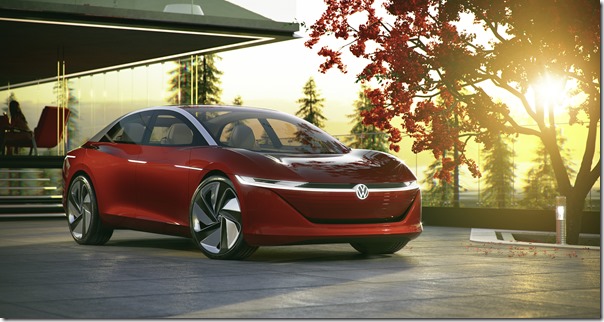 Among the activities autonomous driving, in addition to the concepts like the Audi AICON and the VW I.D. VIZZION, Audi is working on a program in Somerville, Massachusetts, on determining the impacts of autonomous vehicles and shared services on traffic flow. VW, Audi and Porsche are demonstrating an app-based autonomous parking system at the Hamburg Airport in Germany.

Connectivity is being addressed, in part, by VW plans to start equipping vehicles—including its volume models—with WLANp in 2019. This will provide vehicle-to-vehicle communications.

And finally, for mobility services, its MOIA ride-hailing service was launched this past summer in Hannover; it will be extended to Hamburg next year with electric vehicles in the fleet. In addition to which, it has established Urban Mobility International, which will be a ride-sharing service that will be 100 percent based on EVs.