The Volkswagen I.D. R Pikes Peak race car, an electric vehicle that has a output of 500 kW and 650 Nm of torque, smashed the record for wending its way up on the Pikes Peak International Hill Climb, when driver Romain Dumas powered the car up the peak in 7:57.148 minutes, 16 seconds faster than the previous record, which was set by Sébastien Loeb in 2013. 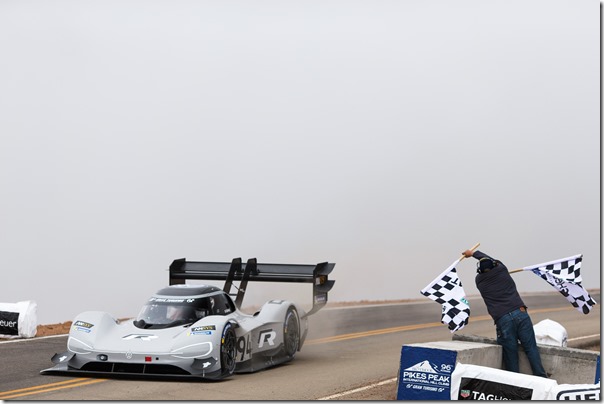 So, what do you think the team cites is a major factor in this record-setting performance?

Chances are, you didn’t guess “3D printing,” yet according to Dr. Benjamin Ahrenholz, Head of Calculations/Simulations at Volkswagen Motorsport, 3D printing made a huge contribution to the success of the vehicle.

The car was developed in about eight months. Needless to say, aerodynamics are critical to the performance of it (or any other) vehicle. So they a significant amount of time testing the aero in a wind tunnel.

Ahrenholz: “When we were in the wind tunnel with the 1:2 scale model of the I.D. R Pikes Peak, we gained a lot of time by using 3D printing.” 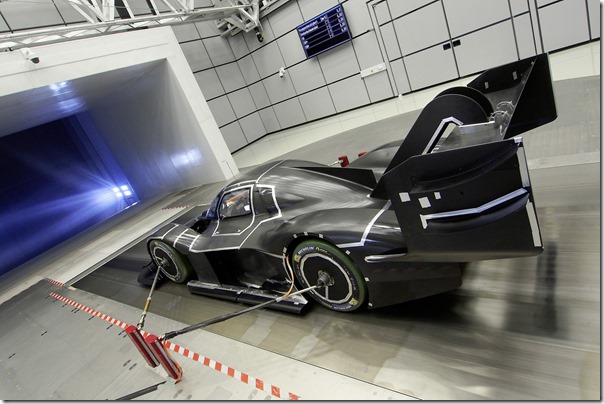 He explains, “We made about 2,000 individual parts for the wind tunnel model in the 3D printer, sometimes with several printers working at the same time.”

The printed parts were less than 20 inches in length. So because the rear wing was bigger, it was fabricated out of aluminum for the 1:2 model.

The model was tested, and adjustments were quickly made as required.

The actual race car actually used 3D printed parts. They were small parts—like some brackets for cables and switches—but they were on the record-setting car, just the same.