Generally when there are photographs of autonomous vehicles, they are often singular: there is a vehicle.
#Volkswagen #oem #Mobileye

Generally when there are photographs of autonomous vehicles, they are often singular: there is a vehicle.

Ask yourself this question: short of pulling out of your driveway, when are you driving anywhere not pretty much surrounded by other vehicles? 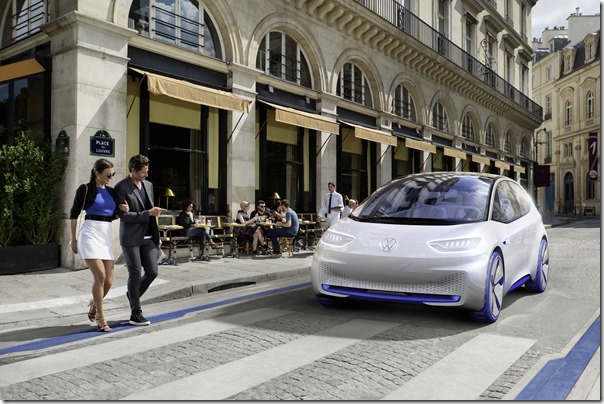 Where are the other cars?

The point is, autonomous vehicles are likely not to be just one here or there, but a multiplicity of them.

So it makes all the sense in the world that Volkswagen and Mobileye, the company that makes computer vision systems for autonomous vehicles (a.k.a., cameras and the attendant processors that make the systems all the more useful and functional), have entered into an agreement that will crowd-source information from vehicles on the road, with the information being sent to the cloud in real time so that there is accurate and up-to-date information for purposes of having high-definition information about the road ahead.

This is based on the Mobileye “Road Experience Management” technology; it will be implemented as a new navigation standard by the two companies in 2018.

Consider: there will be a large number of Volkswagen vehicles equipped with front cameras driving around. These cameras will obtain information about the lanes and traffic conditions. It is compressed and sent to the cloud. Then it is downloaded from the cloud and then used to update navigation information that can then be sent back to vehicles not only to help in getting from A to B, but even for such services as finding available parking.

According to Prof. Amnon Shashua, co-founder and chief technology officer of Mobileye, “The future of autonomous driving depends on the ability to create and maintain precise high-definition maps and scale them at minimal cost.” Which he says the agreement with Volkswagen will facilitate. He adds, “A much more important aspect is that the agreement provides a framework for industry-wide cooperation between automobile manufacturers to jointly produce the map contents that are needed for autonomous driving.”

Meaning that in addition to the millions of VWs that can be providing information, should other OEMs join in, then there will be a tremendous amount of real-time information about road conditions, which can certainly benefit autonomous driving capability.