You might think that diesels are to Volkswagen are pretty much something that spoken about in the hallways of HQ in Wolfsburg. And you would be wrong. Sorry. Next week at the Geneva Motor Show Volkswagen is going to show off what it describes as a “Near-production concept car,” the Touareg V8 TDI—with the “TDI” signifying “turbodiesel.” 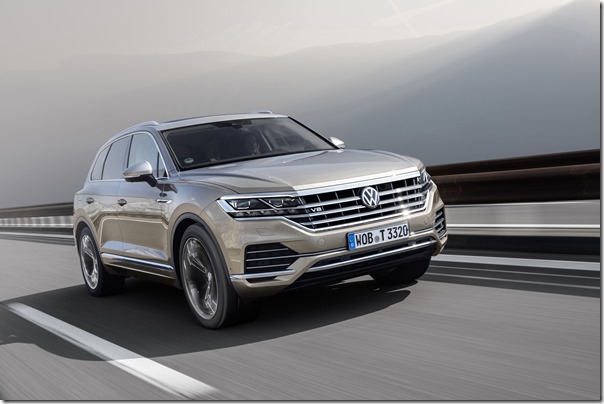 Yes, the company’s flagship SUV, as of the end of May, when it goes from being conceptual to something available on dealer lots in Europe (Touareg is no longer in the U.S. market), has a 415-hp, 664-ft-lb diesel V8 under its massive hood. It has a 0 to 62 mph time of 4.9 seconds—remember, this is a massive SUV.

The company does point out that the engine complies with the Euro 6d-TEMP emissions standard.

According to the website FleetEurope on the subject of that standard, there is a difference between Real Driving Emissions (RDE) testing and World Harmonized Light Vehicles Test Procedure (WLTP), so the “TEMP” portion allows a deviation between the results of the two approaches until 2020, when the “TEMP” is dropped and the deviation between the RDE and WLTP measures can be no more than 50 percent (it is presently at 110 percent).

All of that notwithstanding, VW may be making a lot of effort in electric vehicles, but diesel is by far certainly not out of the picture.