Volkswagen is continuing its product offensive especially in the crossover space (Tiguan, Atlas), as it will be making the public debut of the T-ROC compact crossover—reportedly based on the same MQB platform that undergirds the Golf, so it is compact in that context—on August 23.

In anticipation of that, Volkswagen has released two sketches by its Marco Giumentaro.

It has also been reported that the vehicle, which will be on display at the Frankfurt Motor Show in September, won’t be coming to America for several months. Perhaps they want to make sure that the Tiguan and Atlas get some serious traction in the U.S. market first.

As for the design of the T-ROC, we will refrain from making any puns that have to do with “rockin’.” 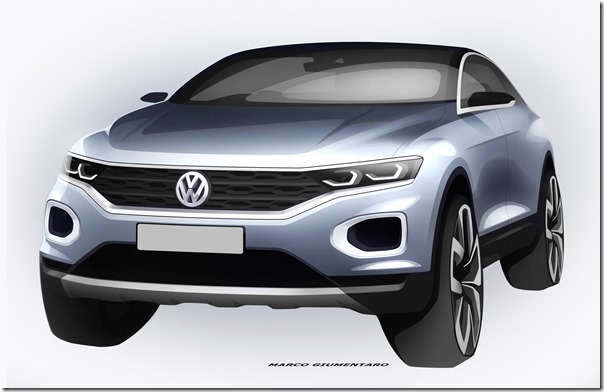 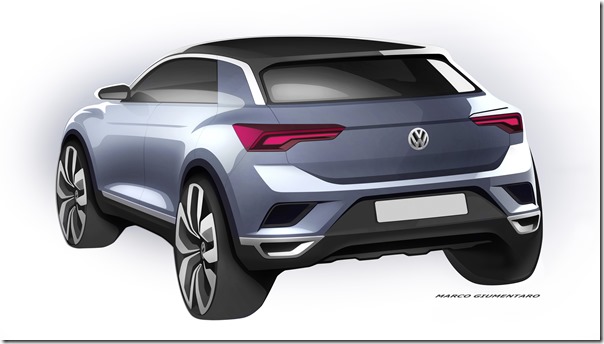