VW to Switch from Coal to Gas

Volkswagen Group plans to take that amount out of the atmosphere by converting its two major power stations at its Wolfsburg facility in Germany from coal to natural gas.

The coal-fired boilers at the Heizkraftwerk Nord/Süd power station will be replaced by a combined-cycle—gas and steam turbine—system and three hot water boilers. When up and running, this will produce 136 megawatts of electric power and 386 megawatts of heat energy. 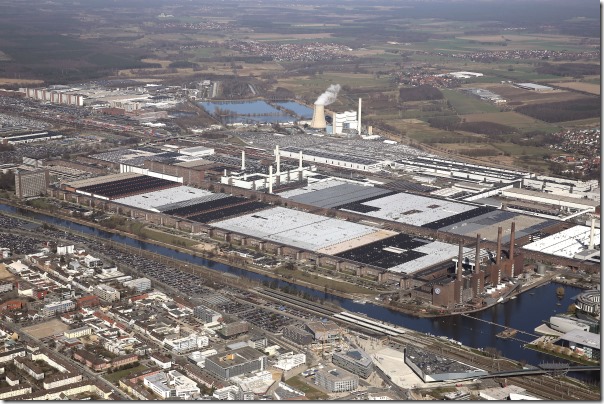 Then, where they are currently storing coal next to the Heizkraftwerk West power station, they’ll be installing two combined-cycle units, which will generate some 288 megawatts of electric power and 265 megawatts of heat energy.

It worth noting that the two power stations not only provide power for various VW production facilities—the passenger cars, commercial vehicles, and components plants in Wolfsburg, Emden, Hanover, Kassel, Brunswick, and Salzgitter—but also heat to the Wolfsburg plant and the city of Wolfsburg.

VW is investing approximately €400 million in the transformation from coal to natural gas.

According to Michael Heinemann, Speaker of the Management Board of VW Kraftwerk GmbH (which is the VW organization that operates the power stations), “If synthetic natural gas becomes economically viable in the future, for example as a result of the use of power-to-gas systems, we could become entirely carbon-neutral.”

Matthias Müller, CEO of Volkswagen AG, said, “The Volkswagen Group intends to and indeed must make its contribution to combating climate change and improving air quality. This is why we are forging ahead with the electrification of our vehicles at the same time as making conventional powertrains cleaner and more efficient. We have also set ourselves new, ambitious targets for production. By 2025, we intend to reduce environmental impact throughout the Volkswagen Group by 45 percent (energy, CO2, water, solvents and waste) compared with 2010. The changeover of the two power stations at the company's headquarters in Wolfsburg from coal to gas is a clear signal in this context and an important step. Others will follow.”

Clearly, VW is taking a systems approach to addressing environmental issues: cars and the factories that build them.