This is a 1962 Cadillac Eldorado: The relevance of this car goes to some of the work of Andy Warhol, the American artist and celebrity and oddity who died in 1987.
#Cadillac #oem #Toyota 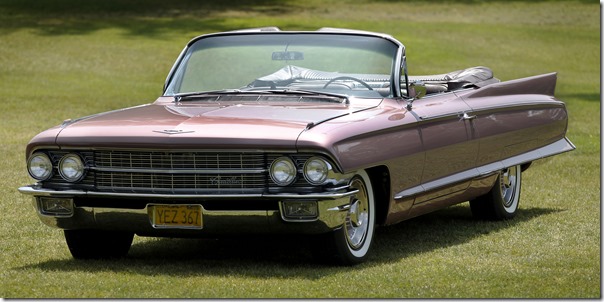 The relevance of this car goes to some of the work of Andy Warhol, the American artist and celebrity and oddity who died in 1987.

Warhol actually used Cadillacs as models throughout his career.

Like Seven Cadillacs, a 1962 silkscreen, ink on linen. It is thought to be a work based on a 1963 Fleetwood. (This is not to be confused with the 1963 silkscreen Eight Elvises. Warhol clearly had a thing for American icons.)

Then there are works he did for Harper’s Bazaar in the 1950s, which include a Coupe de Ville.

And there is a work consisting of four photographs, Sign (Keep Out), from 1986, which includes what appears to be a Coupe de Ville d’Elegance.

And the relevance of all is that Cadillac has inked a multi-year partnership with The Andy Warhol Museum on a global traveling exhibition, “Letters to Andy Warhol”*.

The initial showing will be at Cadillac House (in Manhattan, 330 Hudson Street, through December 26).

That Cadillac is sponsoring an art exhibit is not all that astonishing. Auto brands regularly support the arts, with high-end companies like Cadillac doing the visual arts and symphonies and mainstream companies sponsoring things like Lollapalooza (e.g., Toyota is a sponsor of the 2017 event that will be held in Grant Park).

What’s interesting is the fact that Warhol made as much use of Cadillacs as he did. Especially as he reportedly never had a driver’s license.

*To or from Yves Saint Laurent, Mick Jagger, the Museum of Modern Art, the New York State Department of Public Works, and a mutual friend of his and Truman Capote. Not the DMV.