What bp’s Sale of Its Petrochemical Business Might Mean

bp is changing its business model in a big way. This is something other companies should pay attention to.
#Carbon

“Today’s agreement is another deliberate step in building a bp that can compete and succeed through the energy transition,” said Bernard Looney, chief executive officer of bp, regarding the sale of the company’s petrochemicals business—which consists of aromatics and acetyls—to INEOS, a petrochemicals company. 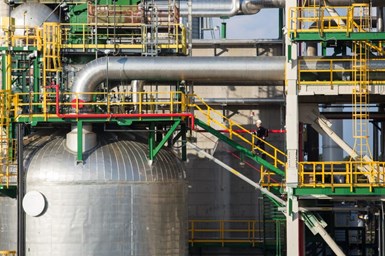 Presumably the “energy transition” that Looney is referring to is not just the one about “green energy”—" Our ambition is to be a net zero company by 2050 or sooner. And to help the world get to net zero. This will mean tackling around 415 million tonnes of emissions – 55 million from our operations and 360 million tonnes from the carbon content of our upstream oil and gas production. Importantly these are absolute reductions, to net zero, which is what the world needs most of all. We are also aiming to cut the carbon intensity of the products we sell by 50% by 2050 or sooner”—but also the one that has been brought on by the COVID-19 pandemic, which has caused a comparative collapse in the price of oil.

Yes, the reopening has increased the number of vehicle miles traveled, which has caused a modest recovery in oil prices.

However, looking at the U.S., INRIX and AAA have calculated what they anticipate in terms of summer trips, and while airlines (down 73.9%) and cruise ships (down 85%) are being hammered, they conclude that while auto travel is going to be down 3.3%, it does has in its favor the fact that “gas prices remain low.”

(The firms point out that while over the last five years autos accounted for 87% of summer travel in the U.S., this year the number is 97%.)

Speaking of the $5-billion sales to INEOS, Brian Gilvary, bp’s chief financial officer, said: “With today’s announcement we have met our $15 billion target for agreed divestments a full year ahead of schedule, demonstrating the range and quality of options available to us.”

Realize, however, that this sale is not of some business that is a bizarre reach into another industry, but a petrochemicals business, which is, presumably, a large part of what bp is all about.

This focus on the key businesses and the future is not just something that companies like bp should do. Clearly, the auto industry is facing its own suite of pressures, and both technology and the pandemic are going to have huge effects on that industry, as well.