What Comes After the Supply Chain (My Corvette) 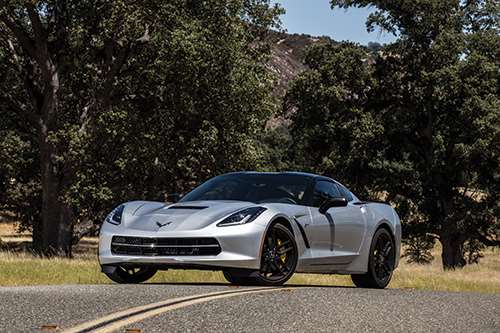 Unlike much of what I have written in this space over the past several months, this time there is no discussion of faster product cadence, globalization, economies of scale, suppliers determining their own destiny, or regulatory changes this time around. Instead, let me wax poetic about a couple of vehicles that have energized me of late.

A bit of history is in order. For years, I’ve been searching for a 1969 Chrysler 300C. This particular year and model holds family significance. The 300C was propelled by either a 440 or 383 Hemi made at the former Plant #2 in Windsor, Ontario—a facility my father and grandfather both worked at over the decades. My uncle had a 300C—a beautiful, flowing body in coupe or cabrio form. Though the search continues for the right 300C, few vehicles have truly stirred my soul from a styling, capability and value perspective over my quarter century in this business. This changed last January.

Though the C7 Chevrolet Corvette Stingray was introduced at the 2013 North American International Auto Show, at the 2014 show, as I was hosting an executive tour of the
vehicles on display, I became truly mesmerized by a C7 with a Cyber Gray Metallic exterior, Kalahari seats and chrome wheels. Though it stretched the wallet further than planned, a 30-minute pit stop at my local Chevrolet dealer placed me in the cue for the exact vehicle on display at the show. We joke about the lack of clarity and careful planning from impulse buyers. I became one and did not care!

The wait for my C7 was an exercise in patience. Special wax from Ohio, a cloth cover and even a trickle charger were purchased months before my C7 was scheduled for production. After five months of checking the Chevy site for when my order would move to the next level and perusing the Corvette blogs for restricted options and “constrained build” issues, I receive a call that my C7 was waiting for me at the dealer.

The close to 7,000 miles clocked on my C7 this summer were truly enjoyable and head-turning. My family and friends all took turns behind the wheel—stirred by the capability, presence and design of the Stingray. Chicago, Indianapolis (for the 500), Niagara-On-The-Lake, and northern Michigan were extended destinations for the Vette.

Enjoyment did not end with Vette’s winter hibernation. Chevrolet marketing had the foresight to discount a couple of days at the Ron Fellows Driving School at Spring Mountain in Pahrump, Nevada. What usually costs $2,500 was a two-day bargain at $1,000 for C7 owners. The sprawling grounds and tracks bordered by Death Valley on one side and Area 51 on the other is truly a performance car aficionado’s paradise. These two days in October truly underscored that the average performance car driver uses a small portion of their vehicle’s true capability every day. Over two days, we tried to break the C7 at every turn—accelerating, braking, skid paths etc. At every test, the C7 underscored that no matter what the 20 students and 10 instructors in my group could muster, GM test drivers have already been there, done that.

It turns out the stunning exterior design and attention to detail in the interior was only a starting point. The unflinching mission to ensure this car exceeded every one of its performance targets through innovative technology (thank you to scores of suppliers), commitment from the top at GM and a passionate development/production team achieved the goal of building the best sub-$100K sports car ever. Two days in October convinced me that souls can be stirred—even from Detroit.

OK. Next month back to product development, constraints, and the like. All of the stuff that is prelude to building great cars like the Corvette.

Michael Robinet has been a managing director of IHS Automotive Consulting since 2011. Prior to that, he was the director of Global Production Forecasts for IHS Automotive. His areas of expertise include global vehicle production and capacity forecasting, future product program intelligence, platform consolidation and globalization trends, trade flow/sourcing strategies, and OEM footprint/logistics trends.