What Did George Lazenby Drive?

Aston Martin is celebrating the 50th anniversary of the James Bond film “On Her Majesty’s Secret Service” with a special edition DBS Superleggera.
#Carbon #oem #AstonMartin

Although On Her Majesty’s Secret Service may not be everyone’s favorite James Bond movie (yet Steven Soderbergh, who has forgotten more about movies than most of us combined will ever know wrote, “For me there’s no question that cinematically ON HER MAJESTY’S SECRET SERVICE is the best Bond film and the only one worth watching repeatedly for reasons other than pure entertainment”—but then he’s a professional), it does feature a 1969 Aston Martin DBS painted olive green, so as this is the 50th anniversary of the film, Aston Martin is celebrating it with a special edition DBS Superleggera, that includes such things as a 5.2-liter twin-turbo V12 that produces 715 hp, a carbon fiber splitter, special metal grille with six horizontal slats (like the ’69), black leather and Alcantara on the inside, and an exterior color that goes back to Bond’s car. 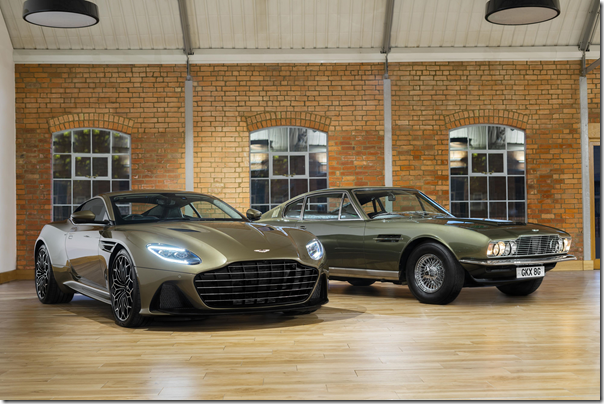 Marek Reichman, Aston Martin vp and chief creative officer, said, “Creating a James Bond special edition is always an exciting challenge as we work to create a car that embodies the legend of James Bond, and the original movie car. The DBS Superleggera is a muscular car that commands attention, but the Olive Green gives it a subtlety that belies the beast beneath.”

It is worth noting that this is a real car, not a movie prop.

However, they will manufacture 50 of them. And they are priced at £300,007. (Given Brexit, the pound is taking a pounding, so that really might be a good deal.)