What Do German Scientists Drive?

Well, maybe that’s “What Would German Scientists Like to Drive?”
#people #Porsche

The Center of Automotive Management (CAM), based at the University of Applied Sciences (FHDW) in Bergisch Gladbach, Germany, is “an independent scientific institute for strategic consulting and empirical automotive and mobility research.”

CAM scientists, in conjunction with PricewaterhouseCoopers, performed an analysis of 250 production vehicles during the 2019-20 timeframe for purposes of. . .awards. 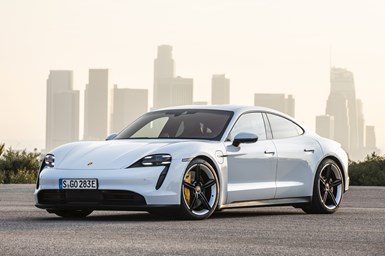 And during this year’s AutomotiveINNOVATIONS awards, the Porsche Taycan is getting the nod for being the most innovative car in the world.

Among the reasons why the CAM scientists came to that conclusion are the electric vehicle’s 800-volt architecture, two-speed transmission on the rear axle, regenerative energy capture of up to 265 kW, and a coefficient of drag of 0.22. And more.

Not surprisingly, Oliver Blume, chairman of the Executive Board of Porsche AG, is pleased with the Most Innovative Model award. 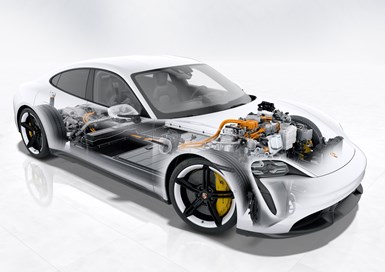 A more scientific view of the Taycan.

Blume on this latest award: “This is fantastic confirmation of the innovative strength of our company and the pioneering spirit that can be found at Porsche.”

While we’re not sure what German scientists make, it is worth noting that in the U.S. the Porsche Taycan starts at $103,800.