What is a “terabyte” and why does it matter? For GM, its new electronic platform will provide the ability to handle massive amounts of data for improved mobility.
#GeneralMotors #oem #Cadillac

General Motors announced a new vehicle platform on Monday, but rather than the underpinnings of a new line of CUVs or sedans, as is often the case when you hear the word “platform” in the context of automotive, in this case it is an electronic architecture.

As GM president Mark Reuss said of this new development, which will launch later this year on the 2020 Cadillac CT5 sedan, “Our new digital vehicle platform and its eventual successors will underpin all our future innovations across a wide range of technological advancements, including EVs and expanded automated driving.” 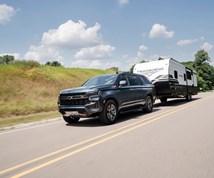 Which pretty much means that this is going to affect everything that GM develops, and not just things that are powered by electric motors or offer full autonomy. For example, the CT5 has a 2.0-liter turbocharged four under its hood. And while GM’s Super Cruise automated driving tech will be available on the CT5, not every CT5 will be so equipped (but given the architecture, every CT5 will be capable of being so equipped).

According to GM, the system can process 4.5 terabytes of data per hour, or five times more than the current electronic platform.

How Much is a Terabyte?

According to searchstorage.com, one terabyte (TB) can handle 85,899,345 pages of Word documents, 500 hours of movies or 310,000 photos. Multiply those numbers by 4.5 and you get a sense of how capacious the GM platform is. 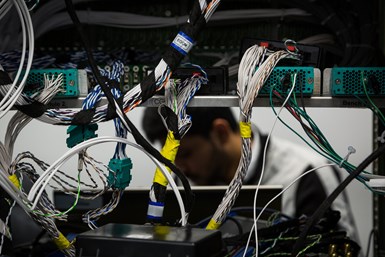 GM’s new electronic network has five times the processing power of the previous version. It goes into production this year for the Cadillac CT5 and then will be rolled out to other models. (Photo: Jeffrey Sauger for GM)

As for that, according to a company that sells a variety of switches and adapters and whatnot for developing networks, Transition Networks, “10 Gigabit Ethernet (IEEE 802.3a) offers data speeds up to 10 billion bits per second” and while the 10 billion bits per second might not resonate, it goes on to explain, “Enterprises use 10 Gigabit Ethernet switches to provide Layer 2 networking for very high-speed network applications – mostly in the data center or server room.”

And GM is going to put that data center capability on wheels.