This is a time of reckoning for the auto industry, says Paul Eichenberg. He has some recommendations as to how companies can make their way through it.
#autolineafterhours #facilities #Chevrolet

In December 2019 we had Paul Eichenberg of Paul Eichenberg Strategic Consulting on “Autoline After Hours.” During that show Eichenberg said that during that year OEMs, on a global basis, had let 65,000 people go because of the transformation of those companies toward electrification and digitization. Traditional internal combustion engine programs were on the wane. 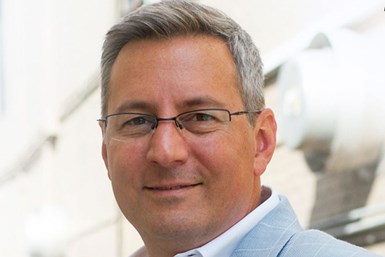 Eichenberg anticipated that this year that would have trickled down to the supply base, which would have had had an effect on employment at that level.

“We are on the verge of the worst bankruptcies—especially in the supply base—than we’ve ever seen,” says Eichenberg on this 2020 edition of “Autoline After Hours.”

One more: “The last show I was on was called ‘Carmageddon.’ It is much more difficult now.”

However, Eichenberg says that companies need to have strategic plans in place—and working. If companies are going to work their way out of this situation they’re going to need to do some things, such as developing multiple scenarios, such as this:

In addition, they’re going to have to take action, such as these three things:

What Eichenberg is recommending is not business as usual. It is not easy. But it is essential, particularly as many companies are facing a liquidity crisis that will have immense impacts on the ramping of production.

Eichenberg on Autoline After Hours

Eichenberg talks on the show with “Autoline’s” John McElroy; Jamie Butters, chief content officer of Automotive News, and me.

And while the show is largely devoted to what suppliers need to know right now, there are some other topics that we get into, such as Elon Musk and his tiff with Alameda County, why Chevrolet is not racing at the 24 Hours of Le Mans this year, and driver changes in Formula One.